As recently as Thursday March 8, the Learning Annex was advertising Harry Stinson as one of the featured speakers at their Toronto Real Estate and Wealth Expo, as seen in this ad from that day’s Star: 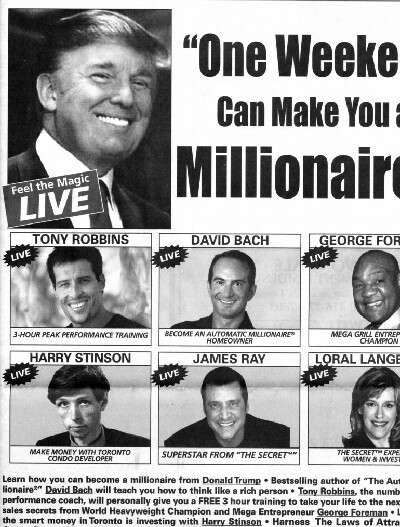 By Saturday, the ad in the Star had caught up with the news and he’d been replaced by Richard Branson: 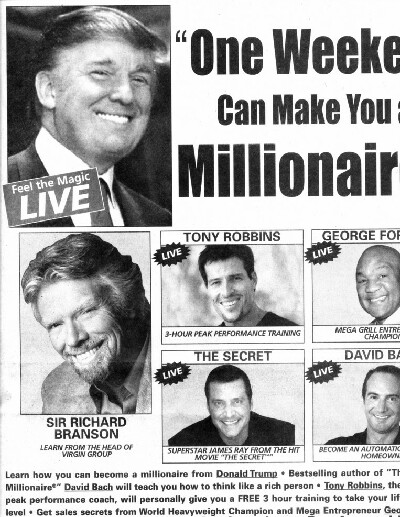 Poor Harry: replaced in a day, and his substitute even gets a bigger picture. But why so hasty to exclude Stinson? After all, Trump’s companies famously filed for bankruptcy protection in the 90s and again in 2004. Is Stinson’s only sin that his companies’ financial troubles are are more recent than Trump’s? At the very least, he could probably use the speaker’s fee.

Mind you, it’s not like anyone attending this dubious make.money.fast expo will, well, make money fast because of it. With the exception of the Learning Annex, of course. So why not have Harry there so everyone can learn from his mistakes? Some of his investors already have.