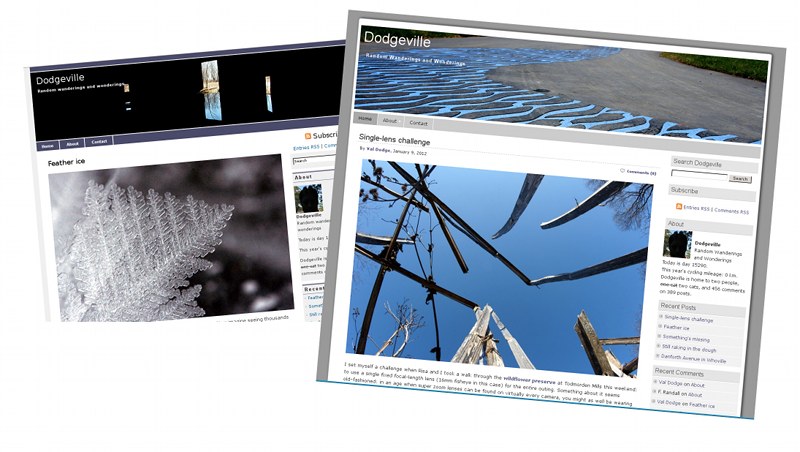 Those of you who read Dodgeville directly rather than in an RSS reader may have noticed that the site looks a little different today.  It’s now running a theme based on Panorama with a few minor tweaks. The most noticeable change is that images and galleries in new posts will be larger than they have been to this point. When this incarnation of Dodgeville launched almost five years ago, images were limited to being a mere 500 pixels wide. That was updated within a year to 640 pixels, and is now being upsized again to 800 pixels. Images in galleries may be larger yet, up to 1024 pixels wide. The changes will allow room for more detail in images. The new theme is cleaner overall and it should hold for another couple of years.

Other changes include several new banner images at the top of each page and some backend modifications that won’t mean much to most of you. When I first put together this site, I wrote that no one ever asks me questions, but I’d post a FAQ as soon as people started to inquire regularly. Well, I now have enough genuine FAQs that a FAQ in order. You should see it under the “About” menu above in a couple of days.

I’ll be making several additional updates to the site over the next few days, so let me know if you notice anything amiss. 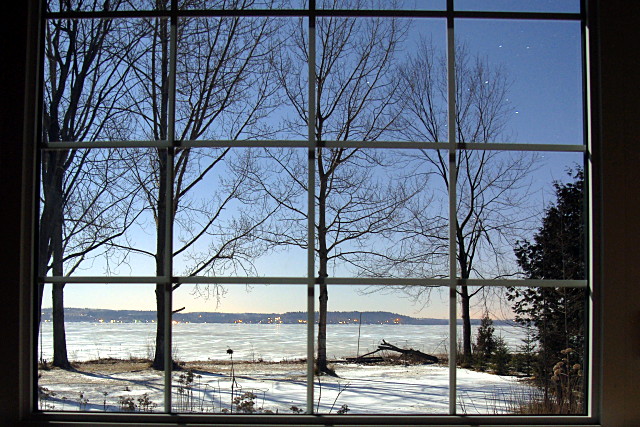 Following a decades-old dream, Dodgeville expanded to the northeast last week, annexing a plot of land on the north shore of Rice Lake to be used by all Dodgeville residents for year-round recreational purposes. Risa and I just spent our first (cold!) weekend there, unpacking and fixing and getting things into order.

With a door-to-door non-highway route totalling just 110 km, it’s well within my single-day cycling range, even pulling a loaded trailer. That said, I’d be travelling with both wife and cat, neither of whom is likely to appreciate such a long ride, so we’ll be sticking to the car for now.

Of course, there are differences between this cottage and the old family cottage from my youth: TV, phone, high-speed Internet, running water, and an indoor bathroom chief among them. We’re looking forward to visiting the local towns, exploring the local backroads, hiking the local trails (both the Ganaraska and Oak Ridges trails pass nearby), and just generally relaxing.

If you visit Dodgeville directly rather than through an RSS reader, you may have noticed that the site has gotten a minor redesign. The old theme, originally based on MistyLook, had served me well, but I thought it was time for a change. The new look is based on MagicBlue, a fully GPL‘d theme. The layout remains basically the same, but less dead space at the top of each page means that more content is visible on first load.

There are still a few kinks to work out, but I doubt that most people will notice. Please let me know if it displays hideously in your browser. Among other things, the new theme supports tags and makes posting galleries much easier. You’ll be seeing more of them in the future. 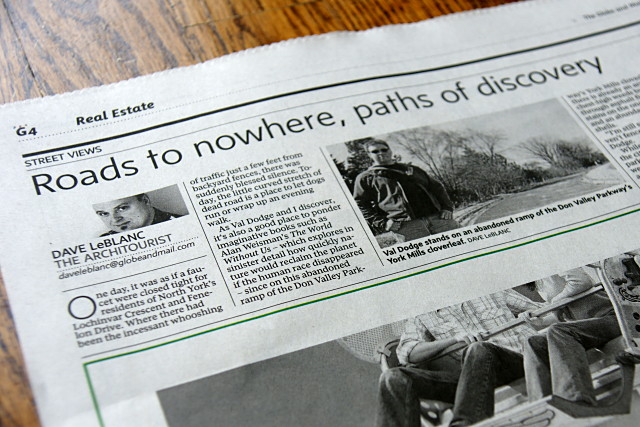 For those of you who didn’t catch it, Dodgeville was featured in Dave LeBlanc’s Architourist column in Friday’s Globe and Mail. Mr. LeBlanc (to use the Globe‘s house style) and I spent a sunny Sunday afternoon last month exploring three abandoned bits of Toronto infrastructure: old Don Mills Road, Pottery Road, and the DVP on-ramp at York Mills. Good times. 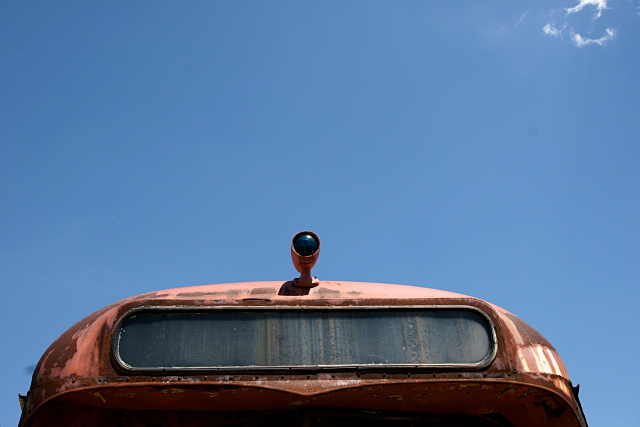 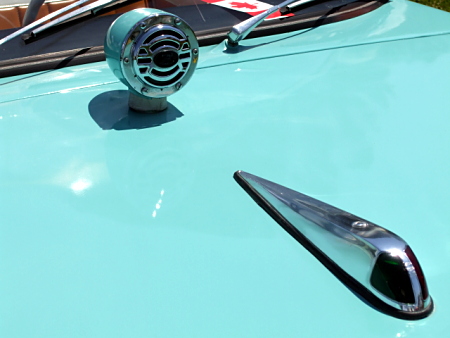 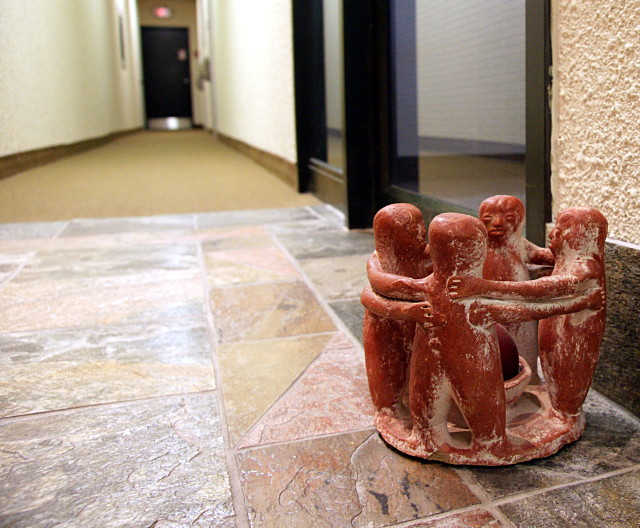 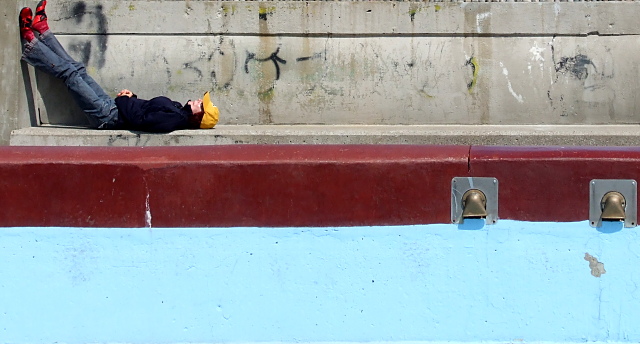 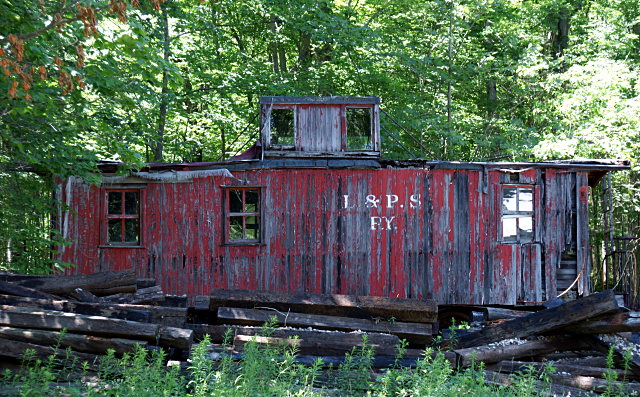 Actually, it seems that it’s the second blog entry that’s the difficult one.

One of the reasons that I’ve resisted starting a blog for so long — aside from sheer laziness, of course — is that I’ve seen far too many get bogged down in the mundane details of the author’s life and I wanted to be sure my own site could avoid that fate. The various incarnations of my web site over the last 13 years have been notable for their near-complete lack of detail about me and my life. I’d like to continue that tradition, so if you catch me writing about what I had for dinner last night or how fascinating I find the squirrels in my backyard, you have my permission to give me 30 lashes with a wet noodle.

That said, I intend this blog to be about all aspects of life in and around Toronto, with a focus on the city as experienced on foot and by bike. I realize that I’m not breaking any new ground here — there are at least a jillion Toronto-centric blogs — but I hope to be able to bring a slightly different perspective to this very broad topic.

Like most new bloggers, I have a handful of issues that I’d like to concentrate on. Either you’ll see the patterns starting to emerge over the next few weeks, or you’ll see the blog sporadically updated with short meaningless entries before I abandon it entirely. Your guess is as good as mine at this point.

They say the first post is the hardest. Seems easy enough to me.