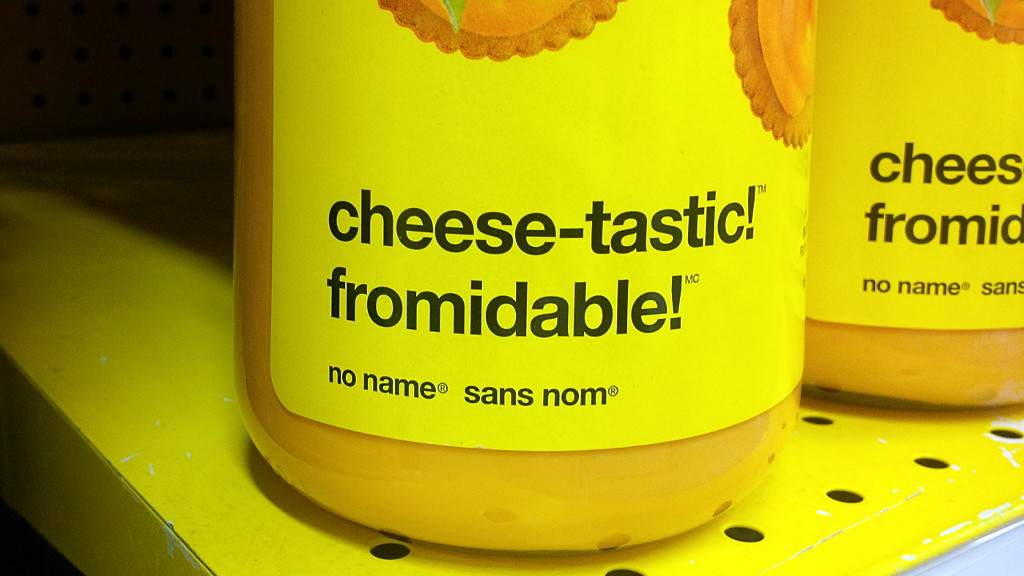 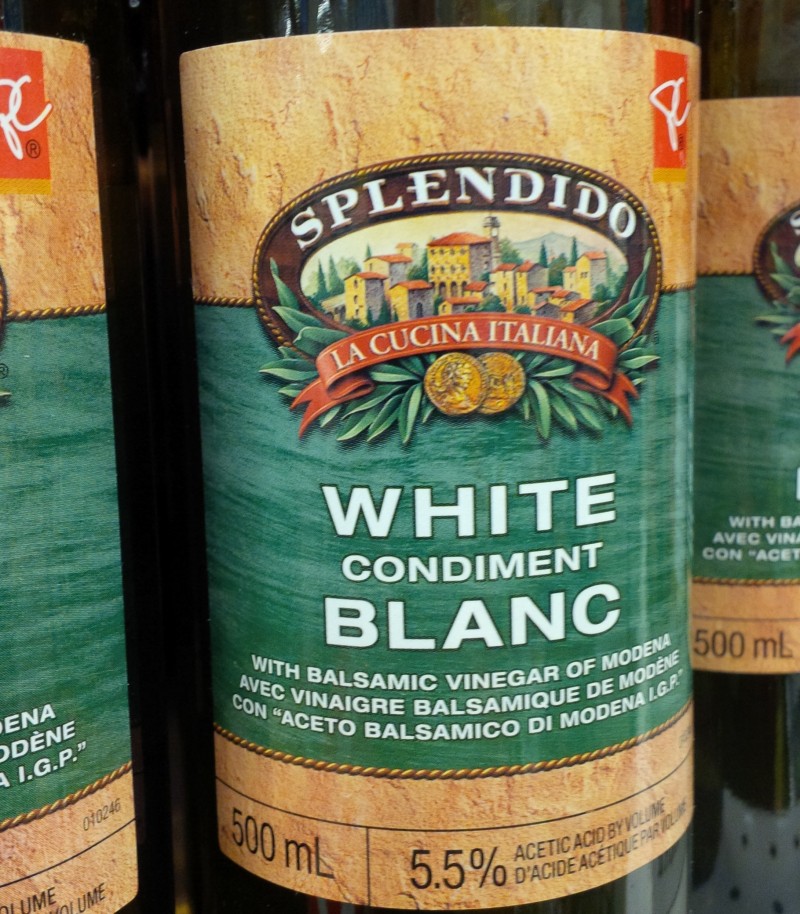 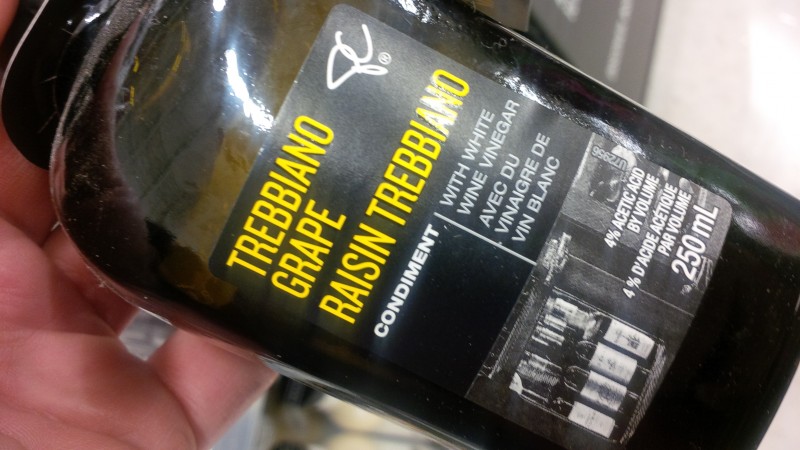 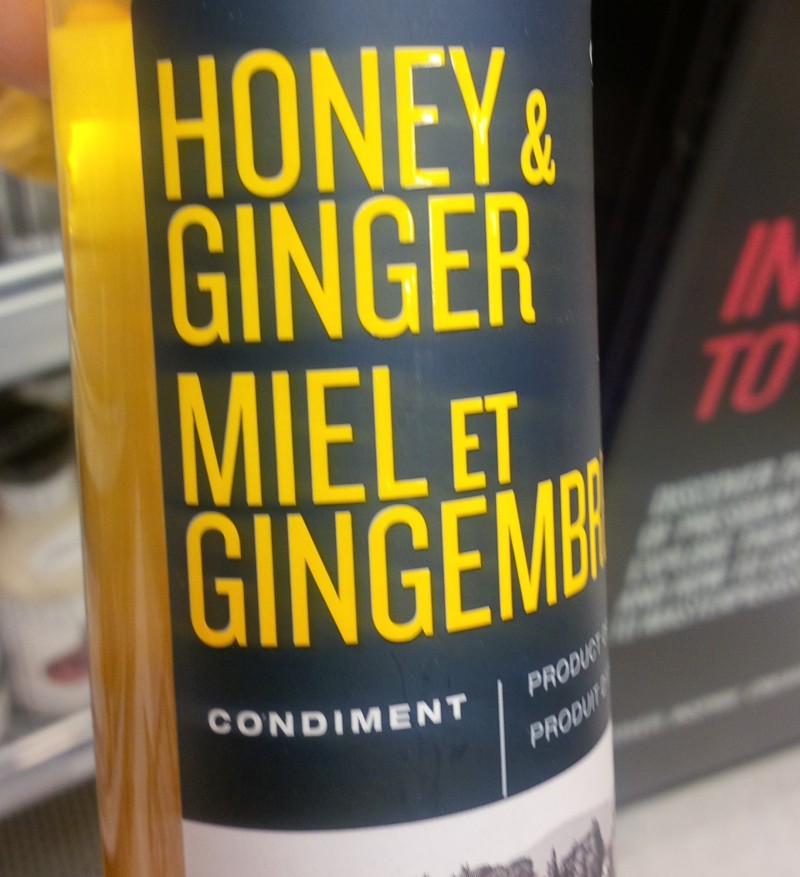 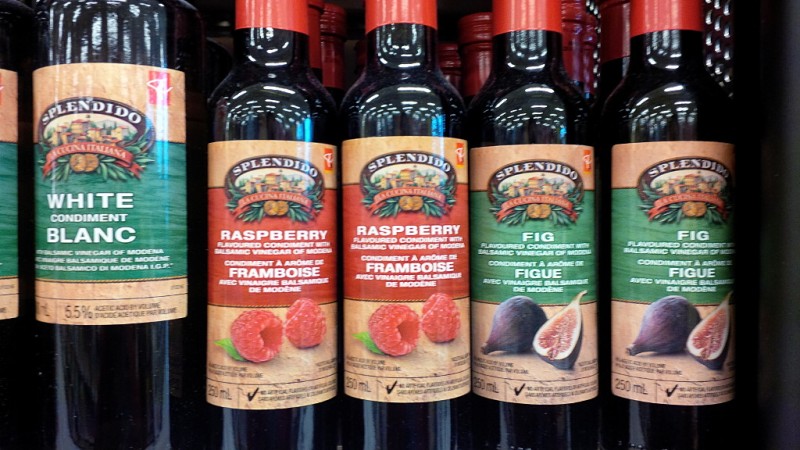 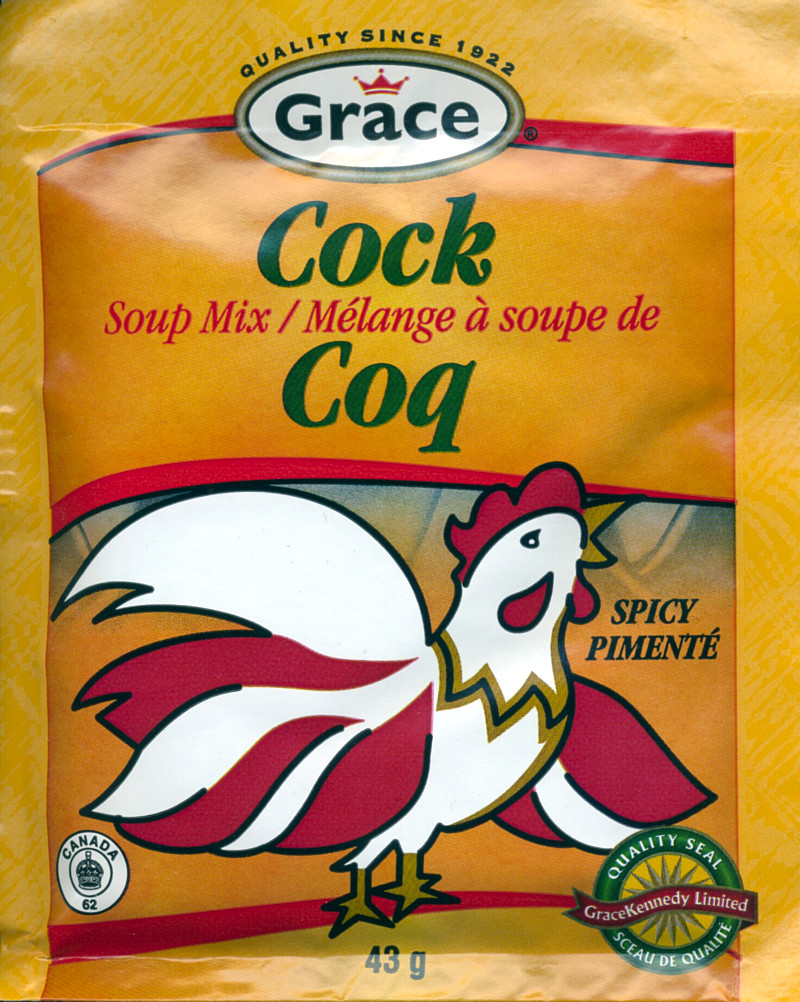 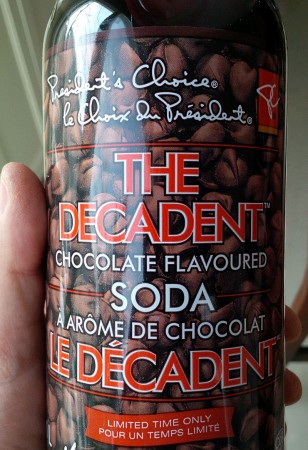 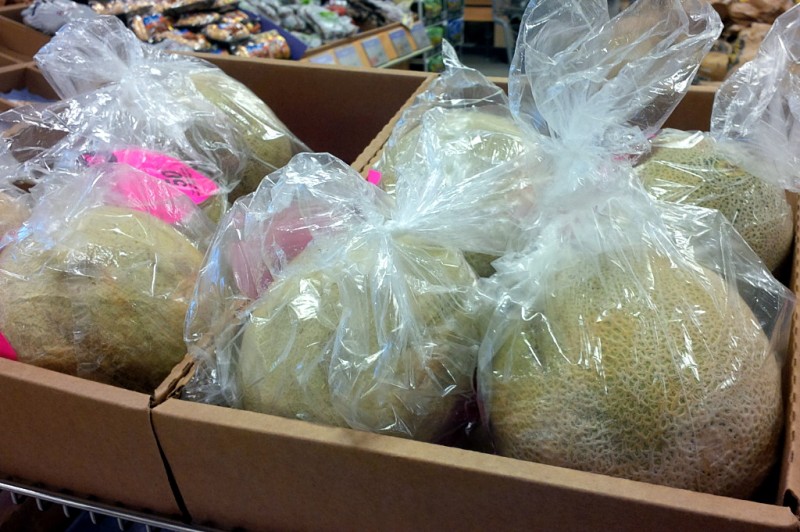 No longer content with wrapping each little mandarin in its own plastic packaging, the East Dodgeville Loblaws had a rack of individually wrapped cantaloupes on display this weekend. The good news is that many more products are ready for this kind of innovative packaging. I can’t wait to see what they come up with next week.

Don’t be distracted by the “50% off for quick sale” stickers; these melons are lovingly pre-ripened for your convenience. 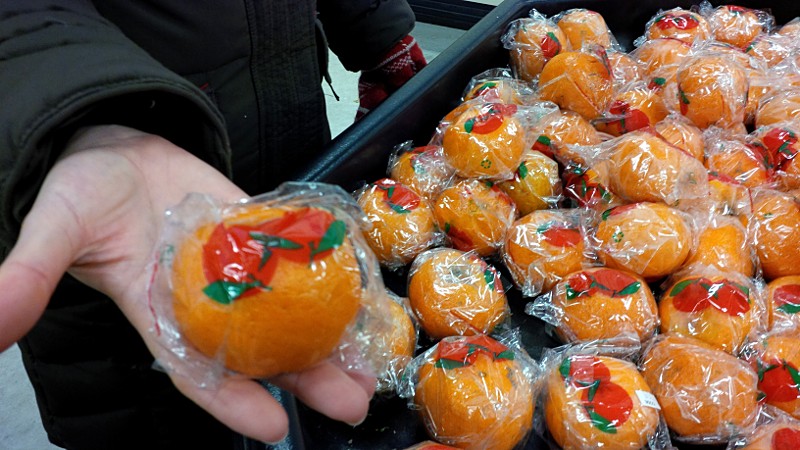 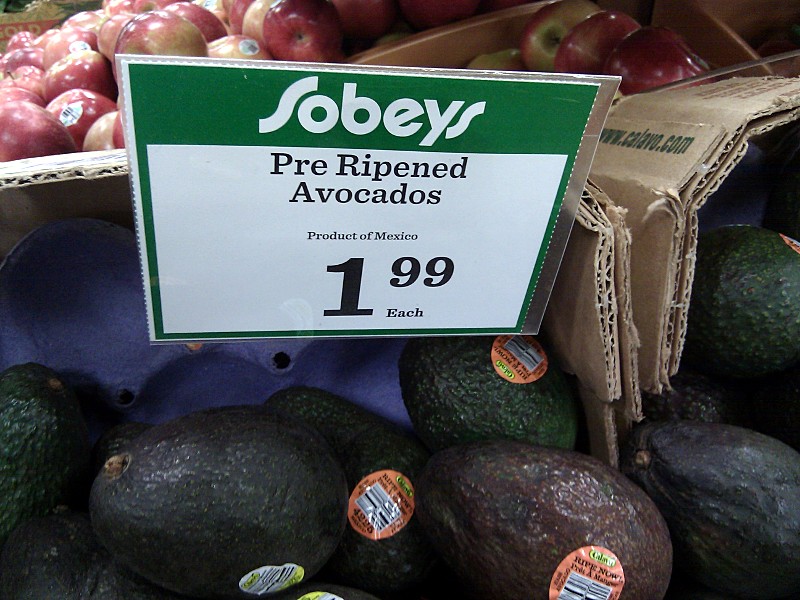 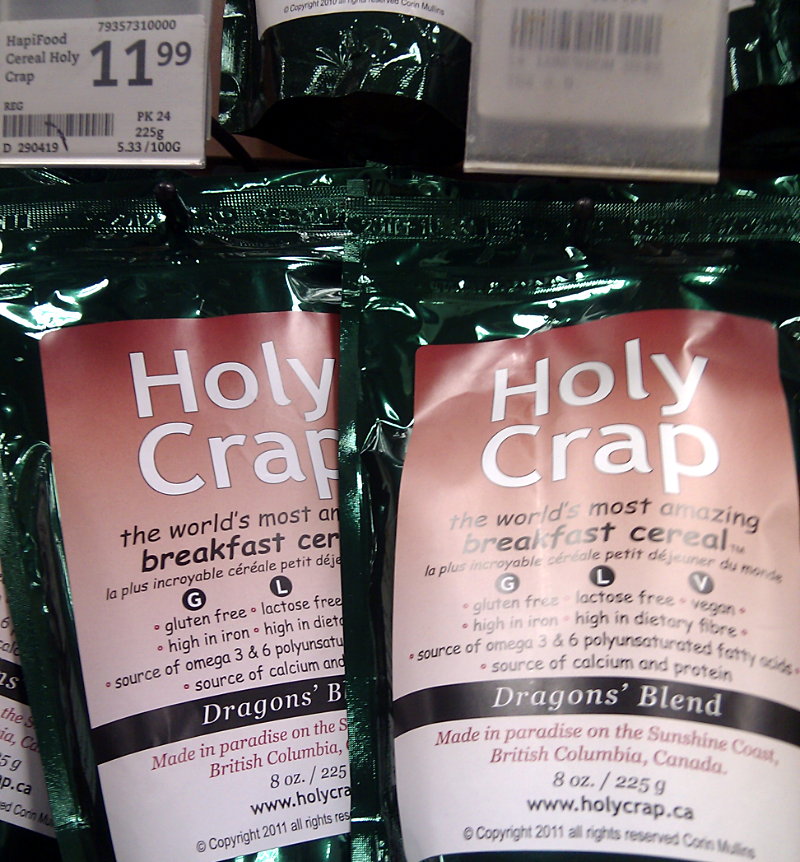 This cereal is supposed to be so good that it was a virtually instant deal on Dragons’ Den. The name refers to its laxative effects but as far as I’m concerned it refers to the price: twelve bucks for 225 grams? My cereal of choice is already one of the most expensive options in the supermarket at $7 for a 540g box, and Holy Crap is almost twice the price for less than half the product. Holy Crap! I’m not averse to spending money on a high-quality product but four times the price of a premium cereal that is itself already twice the price of everything else seems a little rich. I’m also not quite sure what I’d do with the suggested serving size of two tablespoons, which is maybe a tenth the size of a proper bowl of cereal. Eating it also seems to require adherence to instructions or advance preparation far beyond what my fuzzy brain is willing to deal with in the morning. Despite more than a little curiosity, the great name, and the fact that it’s a Canadian company, I just can’t bring myself to spend $12 on a taste. Maybe if they offered me a free sample… 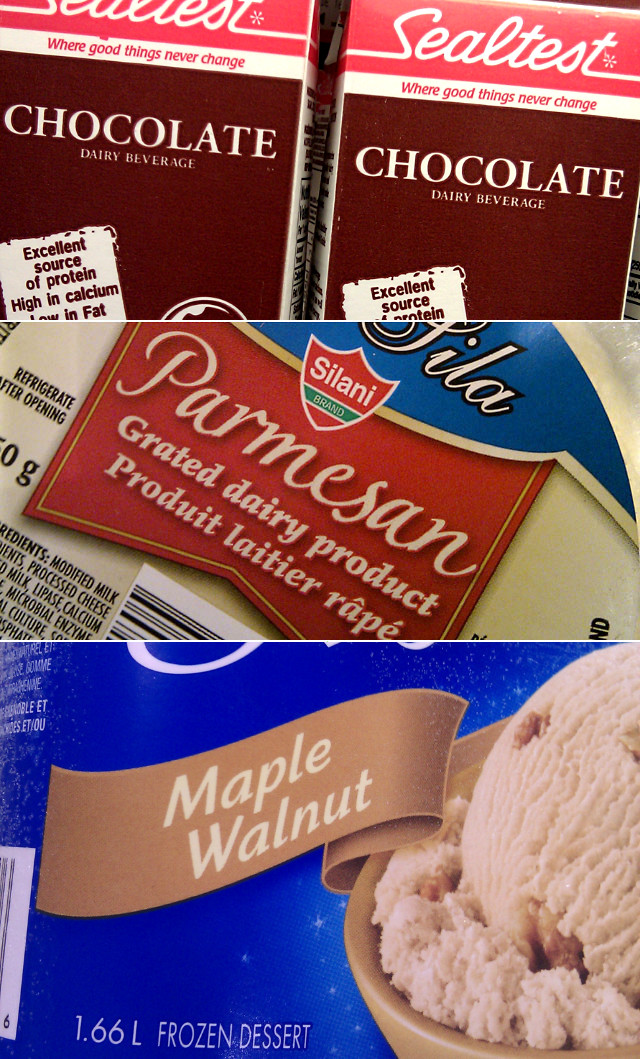 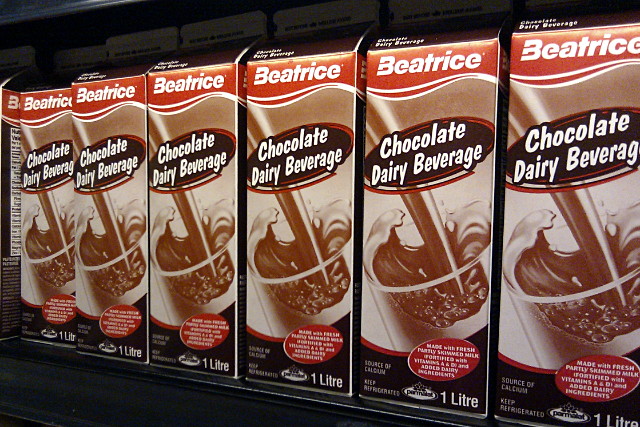 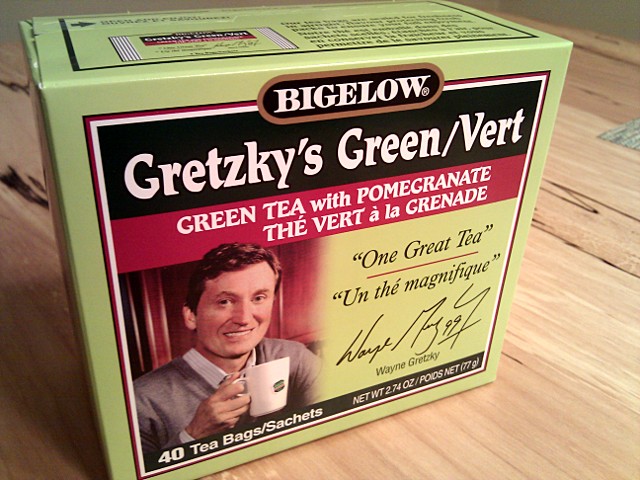 I can’t imagine that he needed the money, but I’m really glad he signed up for this gig: that picture makes me titter like a tea-loving matron every time I see it in the kitchen.