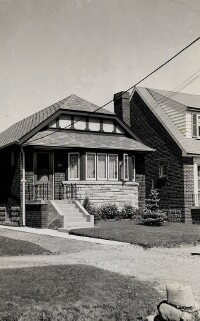 My uncle, who currently lives in the house, tells a fun story about this little tree: A resident who’d lived in the area since the 40s mentioned told him that my great-grandparents used to give trees away as gifts to many of their friends. Apparently, they acquired these gifts by traveling to the forests north of the city and digging young trees out of the ground to bring back home. They put one in front of their own home, and scattered the rest around the neighbourhood.

The old-timer then proceeded to point at various giant evergreens towering over the houses on the street and say, “Yep, they brought that one. And that one too. And that one over there…” It seems that all of the oversized trees so prevalent in this neighbourhood trace their ancestry back to my great-grandparents. My great-grandfather, a forester by trade, definitely knew how to pick out hardy specimens and populated the area with enormous pines and spruces. He must have smiled to himself every day he walked to the grocery store up the street

Here are a few of the other nearby giants: 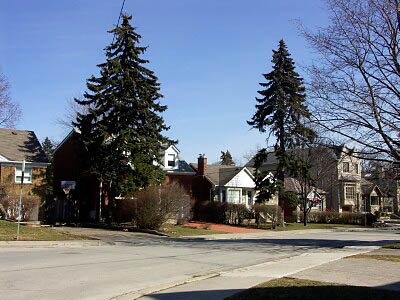 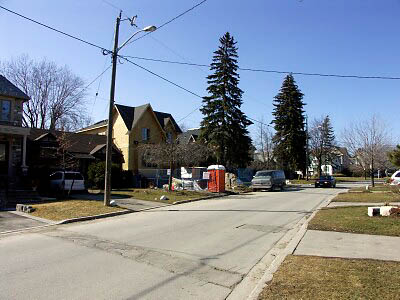