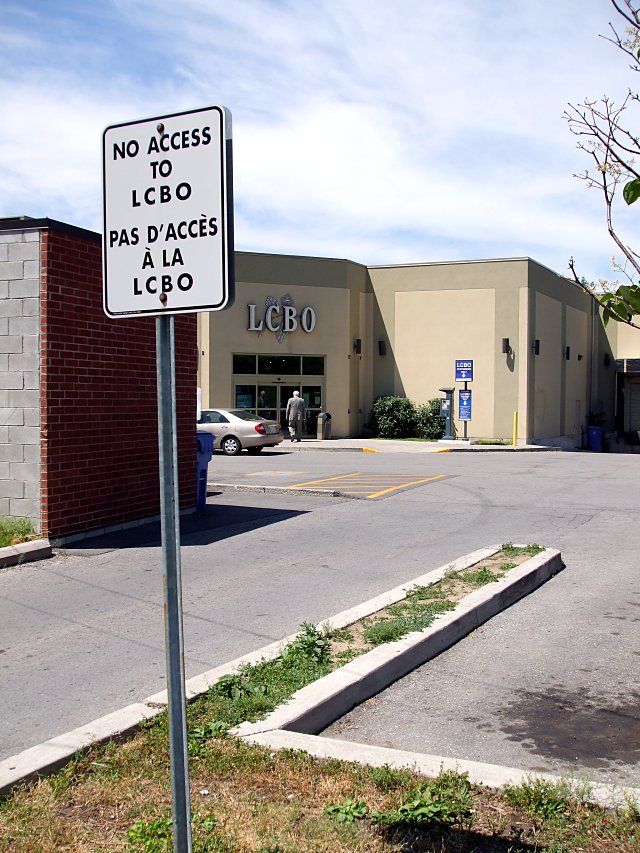 An old article in Slate declared that the Random House Dictionary contains the best definition of velleity:

1. volition in its weakest form
2. a mere wish, unaccompanied by an effort to obtain it.

That is precisely the word (and definition) that came to mind when I first saw this sign guarding a driveway leading to the LCBO store on Yonge Street north of Davisville Avenue. The driveway joins two small parking lots, one that serves the LCBO store to the north and another that serves a smattering of other stores to the south. At some point, someone must have decided that they no longer wanted LCBO customers using the southern lot and the connecting drive. But in the place of an actual barrier to block access, this sign was erected to declare what is quite demonstrably untrue, as both cars and pedestrians regularly cross the unbridgeable (yet smoothly paved) chasm to access the LCBO store’s main entrance.

The bilingual nature of the sign indicates that it was almost certainly erected by the LCBO. Bad attempt at traffic control, or psychological experiment? You be the judge.