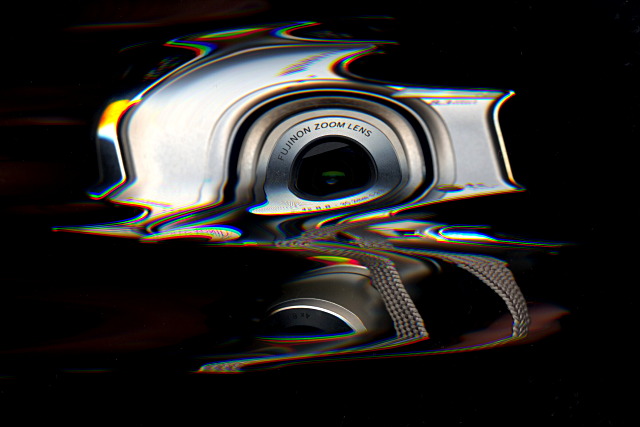 I stood on a North Toronto street earlier this week pondering the question that you had just tossed in my direction. If only I hadn’t left my “Non-Weirdos of Canada Club” membership card in my other pants.

This was the second time in about three years  that someone has challenged me for taking pictures on the street. The previous occasion involved a business owner on the Danforth who became quite belligerent after I took a picture of a ghost sign directly above his establishment. By the time he said he was going to call the police on me, I said that I was feeling threatened enough to call them myself, and pulled out my phone to do so. Unsurprisingly, he skulked away when I started dialling. Also unsurprisingly, the business—new at the time—lasted less than two months.

That experience came flooding back into my mind as you continued, “I’m going to go inside now and call the police…” If you’re serious, I’ll wait right here for them. You’ve essentially handcuffed me anyway; if I use this as my opportunity to walk away from your accusations,  it’ll just heighten your suspicions.

Why is it exactly that having a camera and taking pictures in public places marks someone as a weirdo? Or, more commonly these days, a terrorist? Good thing I didn’t have a “professional camera” with me. And even if I am some kind of weirdo, what exactly do you think I’m going to do when I get home with my illicit booty consisting of a picture of a quiet residential street?

“You can’t just go around taking pictures of people…” Actually, yes I can. If I’m standing on the sidewalk, I can take a picture of anyone or anything I can see. I may or may not be able to publish it, but there’s no law preventing me from taking it. That said, there are almost never people in the on-the-street pictures I take, simply because some people don’t like it and I really don’t want to deal with the hassle. Cars and rocks don’t usually get offended when they find themselves in front of my lens. I frequently go out of my way to keep people out of my pictures, and there certainly weren’t any in the two pictures you just watched me take.

“I can’t just let you come around here, taking pictures of kids…” Excuse me? Do you see any kids anywhere around here? I certainly don’t. I understand that you’re concerned for your children, but don’t accuse me of endangering them by taking a picture of something else entirely while they’re inside a school at least two blocks away.

“Our house was robbed a couple of months ago…” I’m sorry to hear that. Mine was broken into a few years ago and I know how terrible it feels. But I don’t see what that has to do with me unless the guy who broke into your place was armed with a point-and-shoot camera.

“If I see you in the neighbourhood again, acting all weird…” Can you define weird for me? I work just a couple of blocks away and this is on one of my regular commuting routes, so you’re pretty likely to see me again. Carrying my camera and stopping every once in a while to take pictures, is that weird? You might as well just call the police now and get it over with.

“How’d you like it if I took a picture of you?” How do I know you’re not some kind of weirdo? But seriously, go ahead. I’ll even pose for you. You’re welcome. We really should have turned around so that the sun was in front of me; you won’t get any detail in my face with that shot. Oh well.

“Where do you live? How’d you like it if I came to your house and harassed you?” Five minutes ago, I would have been happy to introduce myself and tell you all about what I do with the pictures I take in residential neighbourhoods. I even would have pointed you to this blog. But now that you’ve announced your intention to harass me, no thanks.

“Next time, you should just take your pictures and then leave.” Hmm, that’s exactly what I was doing when you drove your car in front of me and started treating me like a criminal for having a camera. If I’m guilty of anything, it’s of attempting to respond to your questions even though it’s clear you’re not interested in the answers.

But now that I’ve had some time to think about it, let me get back to your original question. Simply put, you don’t know that I’m not a weirdo. And you never will. But I can assure you that carrying a camera, or walking in a residential neighbourhood, or riding a bike, or wearing a purple t-shirt, or even not shaving for a week (guilty!) doesn’t make me any more or less of a weirdo than if I didn’t do any of those things. It’s a sad statement on the state of our society when the mere act of taking pictures is enough to make me a suspect in some imagined crime. Anyway, I’m sure I’ll see you around the neighbourhood again, but it won’t be by my choice.