I’d written this post before I took my winter blogging break, but never quite got around to posting it. So, a few months late, here’s a random collection of sights I saw in Austin last year. There’s one more of these, and if I’m feeling energetic, I may eventually get around to that post about Calgary that I promised a year and a half ago. 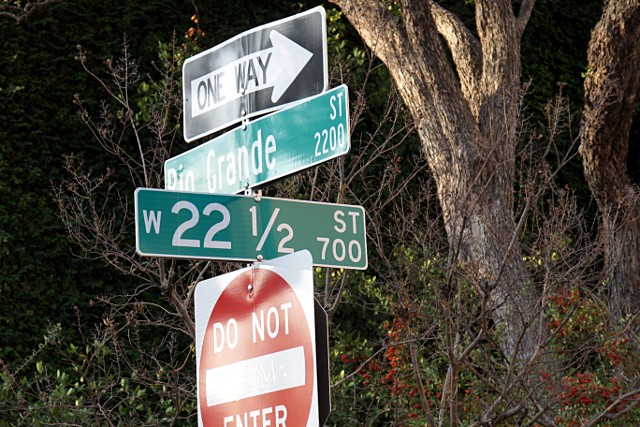 The big problem with giving streets numbers instead of names is that occasionally, you need to squeeze in an additional street and are left with a dilemma: do you renumber all of the streets above it or come up with a new name? In Austin, there are a few of these half-streets downtown. They’re all just a few blocks long and thus don’t intersect whichever main street necessary to qualify as a full street.

From a Torontonian’s perspective, the transportation infrastructure of Austin outside of downtown seems to be overbuilt. As in any North American city, there’s lots of room for cars, but in Austin, everything seems to be a big four-lane road leading to lots of huge, three-quarters-empty parking lots. The picture below was taken just off a major highway at the T-intersection of two broad four-lane roads. In the ten minutes I was walking around the intersection mid-morning on a Friday, maybe three cars went past. The mall parking lot at the top of the T had about a dozen cars in it with room for a hundred and fifty more. My quiet two-lane residential street in east-end Toronto sees way more traffic than this crossroads. 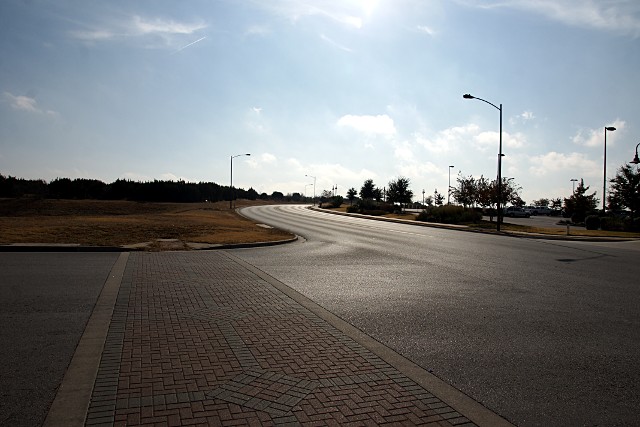 Despite the overbuilt car infrastructure, there are some nice touches for pedestrians. Many crossings receive a different surface treatment (as the bricks above) to alert drivers, and many curb cuts are textured to provide grip and warning to pedestrians that they’re entering a roadway. Still, despite the fine detail on the road crossing here, there isn’t a sidewalk in sight on the other side. 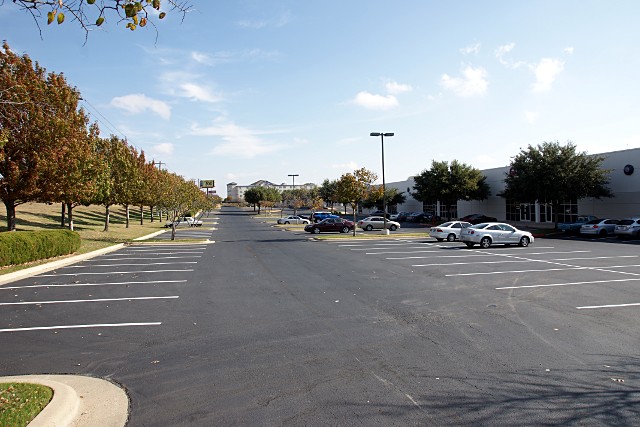 Here’s just one example of the many empty parking lots I encountered on my trip, this one at a business park on Friday morning. Not all parking lots were this empty, but it was common enough to make me wonder why parking was so abundant.

I also didn’t understand this sign, which I saw at the local Taco Cabana on my first day in Austin: 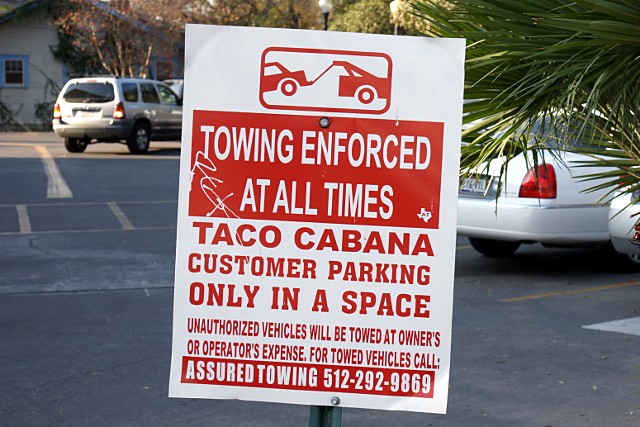 I thought it was strange that the sign carried an admonition to park “only in a space,” but chalked it up to poor writing or a bad translation. However, after spending a couple of days in the city, I understood the reason: 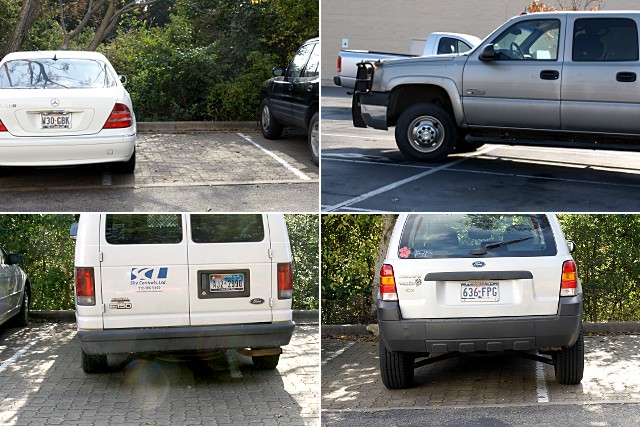 As far as I can tell, no one in Austin can park. Every parking lot I visited abounded with cars taking up two or more spaces. Straddling a line was the most common infraction, but it wasn’t at all rare to see cars parked diagonally across spaces, in the lot aisles, blocking doors or curb cuts at building entrances, in the middle of crosswalks, and just generally ignoring all of the standard rules of conduct in parking lots. Maybe this is why parking seemed so abundant: city planners order up three times as many spots as necessary at any given building, figuring that each car is going to take up two or three spaces. 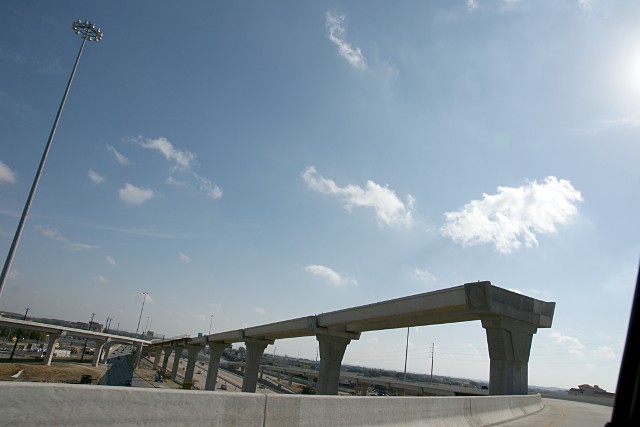 Another oddity was the number of flyovers, ramps, overpasses, and underpasses that, like this one, just seemed to end somewhat prematurely with no sign of ongoing construction. It looks like they just build a section and then wait months or years until money is available to build the next section. It seems like a highly inefficient approach to infrastructure.

This being Texas, people take their trophies roadkill very seriously: 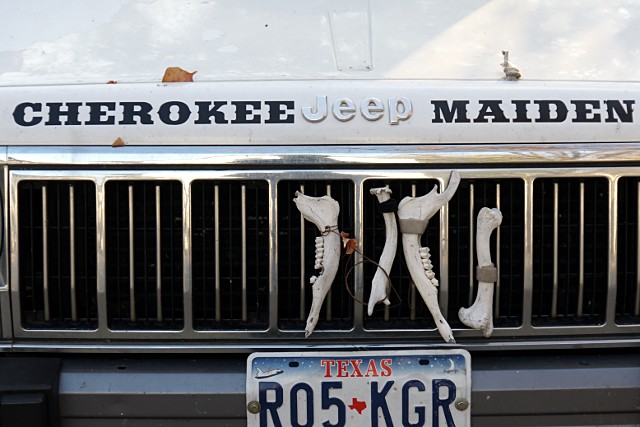