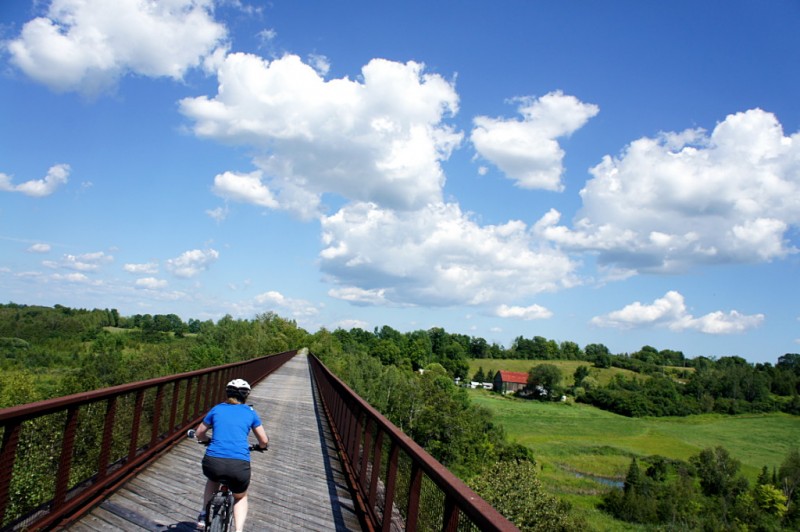 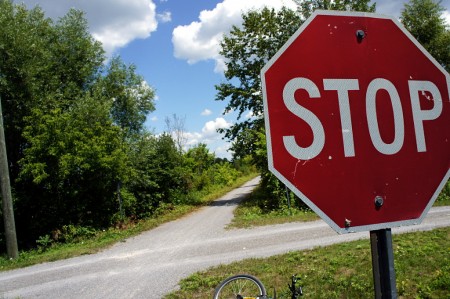 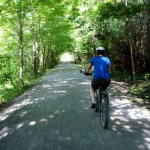 In Peterborough, the path is reminiscent of Toronto's Beltline trail as it passes between backyards and past urban intersections. 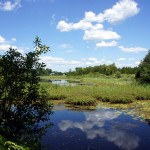 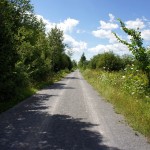 The trail runs long and straight, with a slope so slight that it's more like riding into a gentle headwind than climbing a hill. From Peterborough, the trail rises about 85 metres over 15 km without any of the constant ups and downs that are more common on nearby roads. 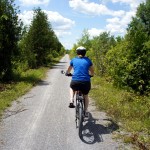 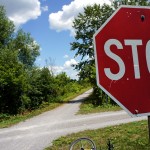 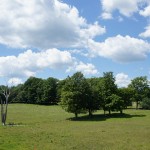 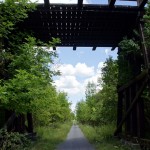 This bridge carries a farm driveway high above the trail. Infrastructure like this betrays the trail's origin as a railway; there's no way that a crossing like this would ever be constructed to keep infrequent vehicular traffic away from bikes. 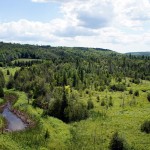 A bucolic valley stretches below a high trestle that carries the trail. 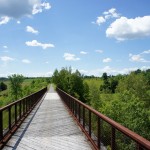 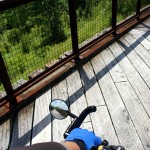 Looking down and back, halfway across the trestle. 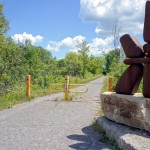 A monument marks the trail entrance at the intersection with Emily Park Road. 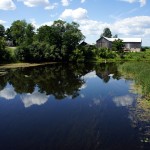 The trail crosses the Pigeon River in Omemee. Anglers on the bridge and kayakers and canoeists in the river made this one of the busier areas on the trail. 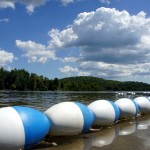 We broke for lunch at the beach a couple of blocks off the trail in Omemee. A sign pronounced it unsafe for swimming due to high bacteria counts and the float line that demarcates the swimming area was gathered up at the shore. 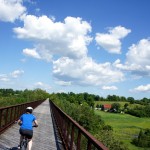 After lunch and a water refill at the convenience store, we headed back to Peterborough.