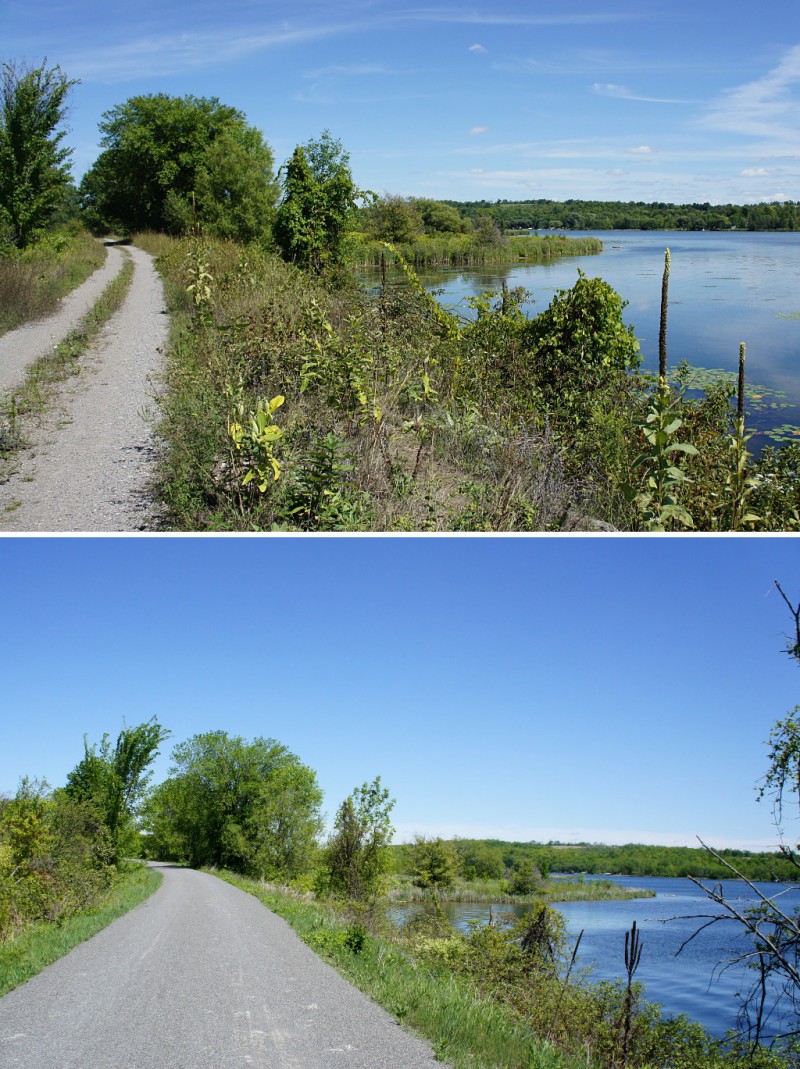 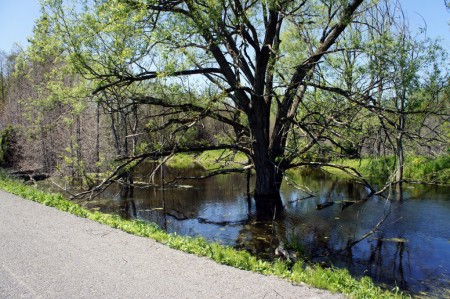 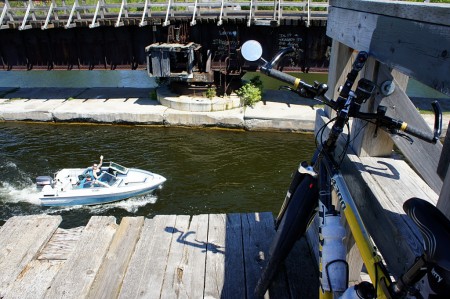 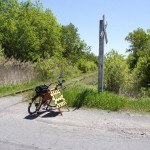 The trail looks a little rough at Technology Drive in Peterborough, about a kilometre west of where the improved trail starts. 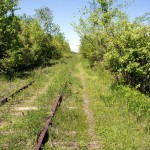 A rocky and rutted single track runs alongside the unused tracks for the first kilometre or so from Technology Drive. 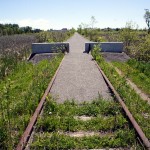 About 1 kilometre west of Keene Road, the improved trail takes over. 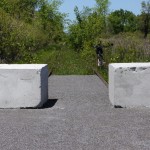 Looking back from the new trail to the old. 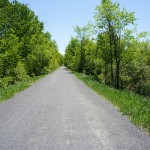 The trail is smooth and flat, with gentle grades and curves along the entire length. 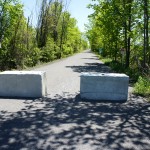 Farmers must drive some farm equipment across the trail in many areas, and large concrete barriers have been placed in those sections to prevent vehicular incursions onto the trail. 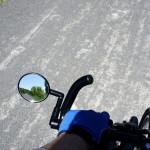 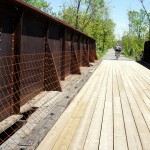 All of the bridges along the trail have been redecked. Some were in really poor condition before this project, as you can see by the original decking on this bridge, still visible behind the screen on the left. Also new this year, other cyclists! I barely saw another soul during last year's ride, but saw quite a few cyclists on this year's. 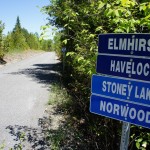 The destination signs (still sans mileage) are meant for the snowmobiles that use the trail system in the winter, but hint at some of the possibilities for improvements to the cycling network. 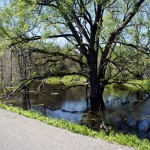 A beaver pond is right beside the trail. 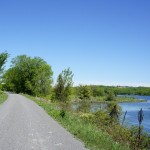 The trail comes up to the Trent River outside Hastings before curving away again. 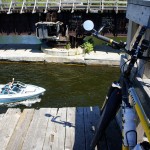 In Hastings, the trail ends at an open swing bridge over the Trent River. The bridge closes to allow snowmobile traffic across the river in the winter.