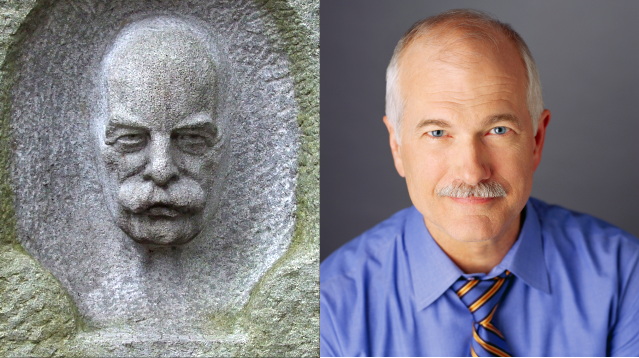 Sculpture of Robert Holmes—the “Foremost Painter of Canadian Wild Flowers”—by John Byers in the Guild Inn Gardens and Jack Layton. Can you tell the difference?

It seems that people have always named their kids after the celebrities of the day. The impulse is represented by thousands of young Britneys and Lindsays today, but celebrity was a different beast in the past. Take, for example, the list of candidates in the riding of York North for 1921, each named after a famous predecessor. But instead of teenybopper celebrities, their namesakes were a rebel (and grandfather), a prime minister, and a philosopher.

Unrelated: Speaking of Britneys, if you search for ‘spears’ while assembling information for a quick post about a mostly-unrelated topic (because you know that you’d never search for it otherwise), Google is a little too helpful. 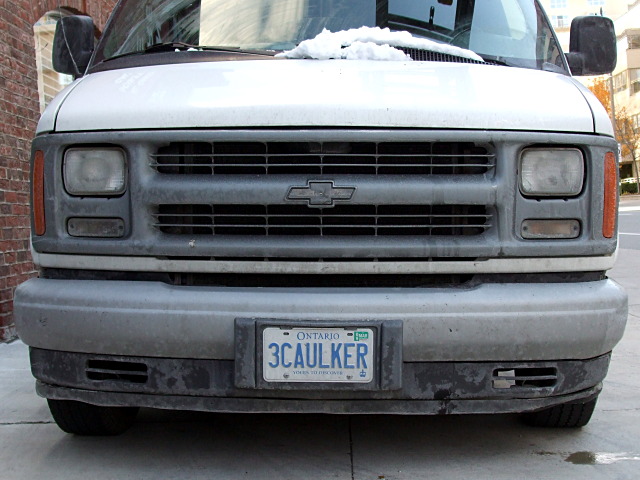 Must’ve been a wild night.

The people in suite 536 occasionally leave notes to the cleaning crew, usually sticking to a consistent theme. But every once in a while, for reasons yet unknown, they change their minds. 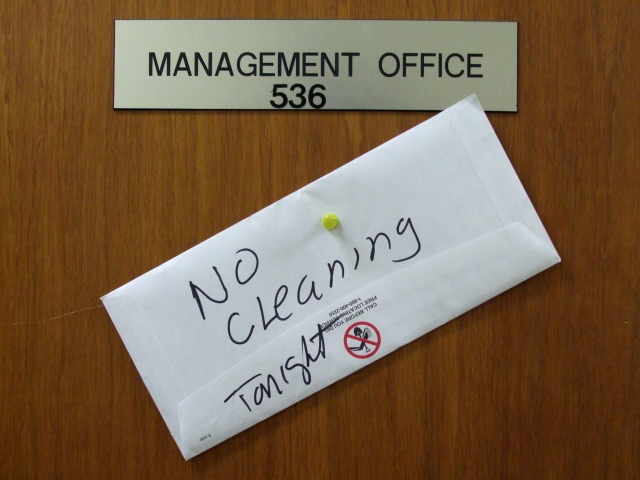 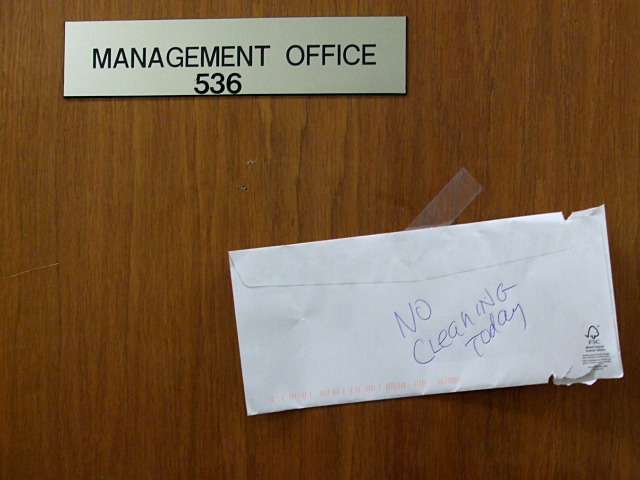 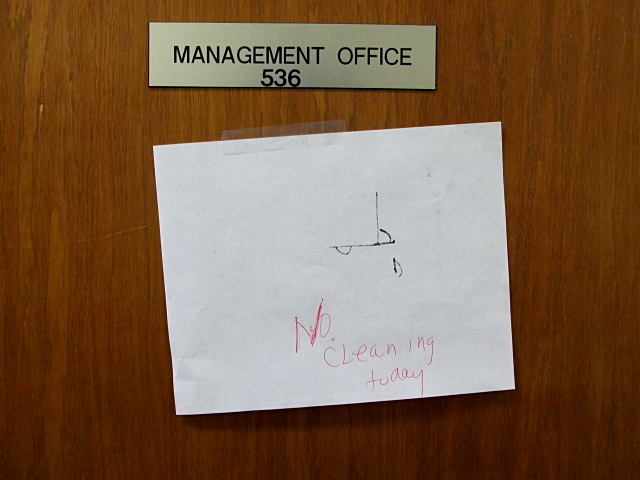 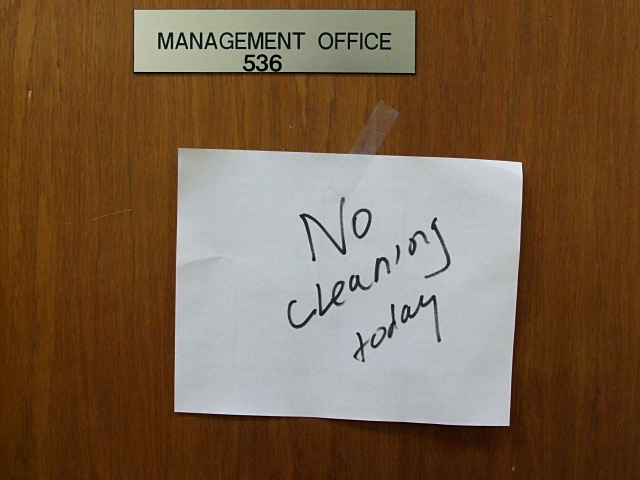 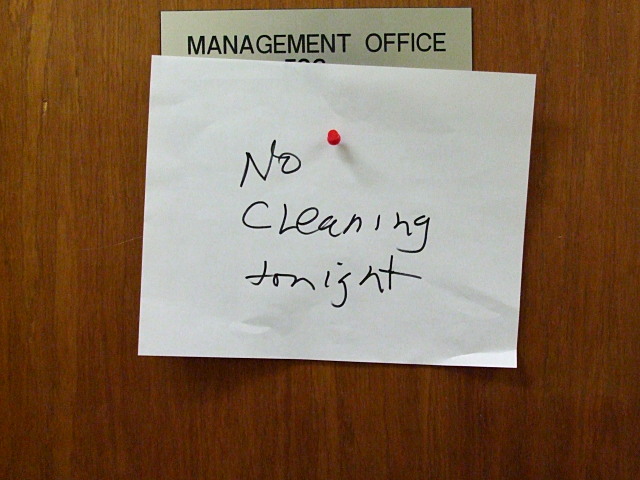 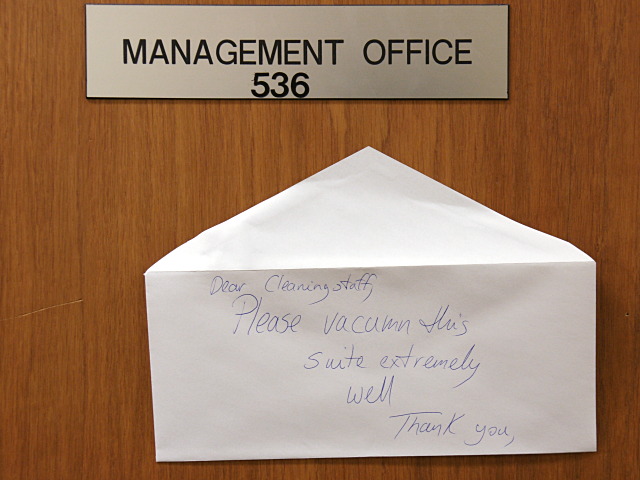 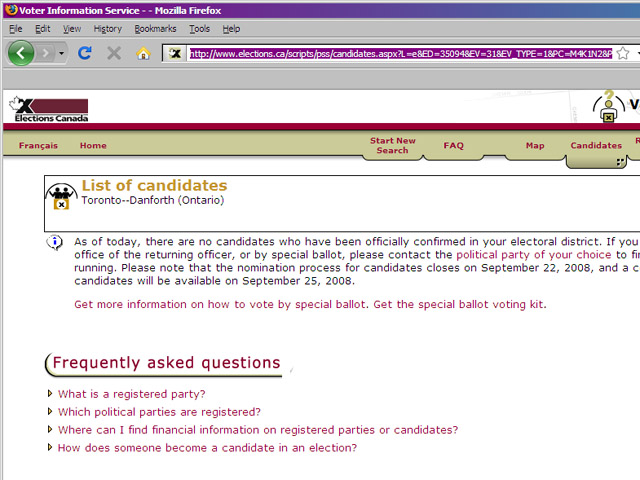 Hmm. It’s been a week and a half since the federal election was called and just five days remain before nominations close, and so far no candidates in Toronto-Danforth (including NDP leader Jack Layton) have managed to scrape together the 100 signatures required to submit their nomination papers. Who will be the first? It could be you.

Update: The Green Party’s Sharon Howarth just became the first to crack the list. The rest of you were a little too slow on the draw. 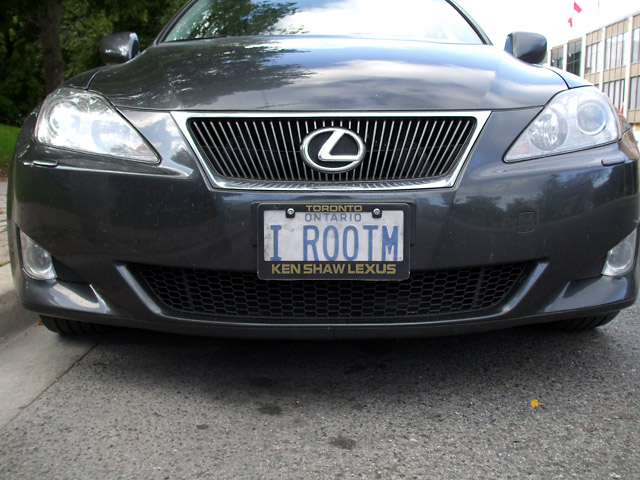 What kind of person do you suppose drives this car: gardener, l33t h4X0r, or Australian lothario? You be the judge. 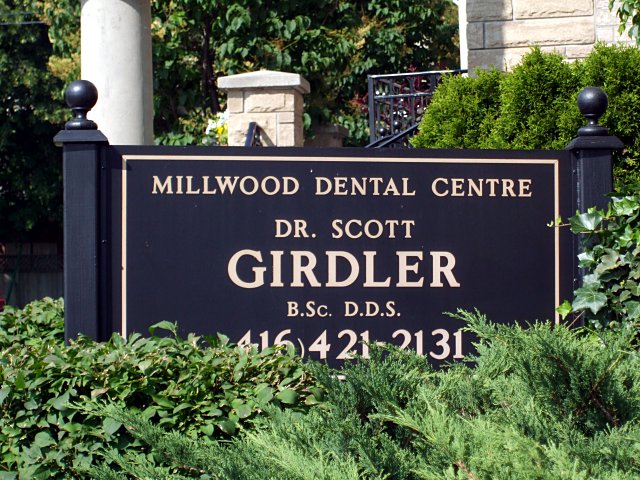 With the new Batman movie, The Dark Knight, opening today, and traffic to my own Dark Knight page skyrocketing over the last week, now would be a good time to ponder a question that’s vexed my curious mind for some 30 years now: would The Girdler be a better name for a superhero or supervillain? And in either case, what would his superpower be? And who would be his nemesis?

According to the Girdler Family web site, the Girdler name—like Cooper, Miller, and Smith—originates with a profession: a girdle maker, in this case. The girdles in question more resemble belts than the modern Playtex variety, though. 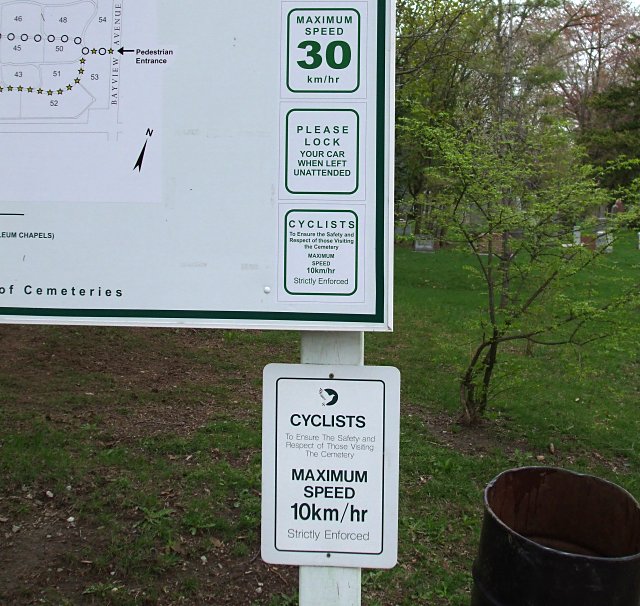 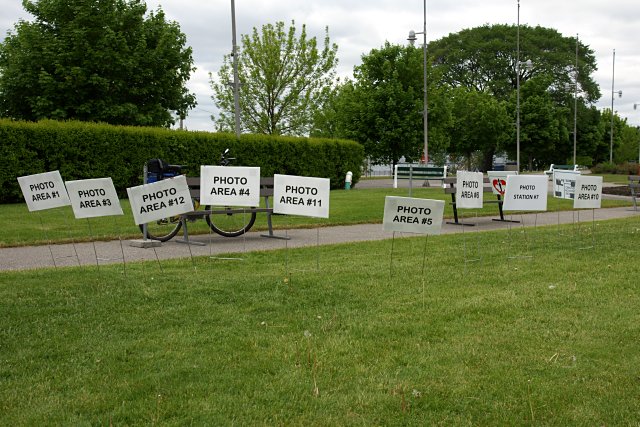 As you can see by the long lineups at each photo area, the vastly different vistas at each were quite popular with both photographers and spectators.

These were set up near the rest area at the end of today’s Ride for Heart (more about that shortly). No, I don’t know why. I think I’ll file this one in my photo archives under “telling people what to do for no good reason.”

Case Ootes, just barely Ward 29 councillor for another two and a half years, sends out these wonderful newsletters to his constituents every so often. Earlier this month, the lead story in his Spring 2008 newsletter was about the new garbage and recycling bins that are being rolled out across the city. In four passionless paragraphs, Ootes waxed bureaucratic about the recently-arrived blue bins and the process residents would use to select their new garbage bins. “By now,” it concluded with no hint of rancour, “you likely have had your new recycling container delivered to your home.” Indeed, we were among the last in the ward to get the new recycling bin, and we’d had it for close to six weeks before receiving the newsletter.

About two weeks after the Ward 29 Report bounced into our mailbox, we received a further Special Bulletin, in which Ootes went on the rampage against the very bins he’d just helpfully informed us about:

Last June, in a 26–18 vote, Mayor David Miller and like-minded Councillors voted in favour of the program. I foresaw many problems with the new garbage and recycling bins; that was one of the reasons I VOTED IN THE NEGATIVE. Also, homeowners should not have to pay an extra fee (between $39–$190 / year) on top of property taxes, for garbage collection. The city’s cost to purchase the recycling and garbage bins is a staggering $57 million! This is a shameful waste of taxpayers’ money. (All emphasis in original document.)

The bulletin goes on to level the usual FUD against X (where X is anything that’s different from what people have done or used in the past), claiming that because X isn’t appropriate for a small number of (usually vocal) people, the entire project must be scrapped so that we can do things the old way. It’s funny how this criticism didn’t make it into his newsletter, especially if Councillor Ootes has been as staunchly opposed to the bins for the last year as he claims to have been.

I think it’s completely fair to criticize the new bins over their real or perceived shortcomings, but I think it’s pretty lame for a councillor to pander to his constituents like this. For what it’s worth, I have no problem with the bins, but understand that they can cause problems for some people on some properties. As for whether the big blue bin is ugly, it’s certainly no worse than the lineup of small blue bins that we kept at the front of the house. And the lid is a welcome improvement.

For garbage, we elected to go with the smallest bin. We currently produce only about one shopping bag full of garbage every two weeks, and I only put a single can of garbage out once every four to six weeks. Having a small bin will encourage us to continue to reduce even that amount of garbage.

And now I’m going to go run both newsletter and bulletin through the shredder and line Fletcher‘s litter box with the result.