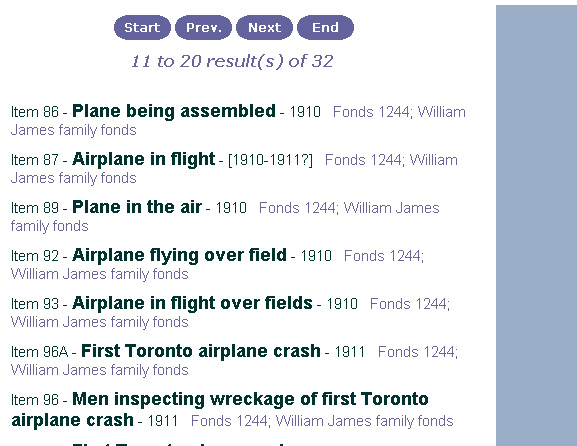 A recent search (completely unrelated to airplanes, strangely enough) on the Toronto Archives turned up the above results, seemingly telling a tragic story in point form. Who says that search engines don’t have senses of humour? 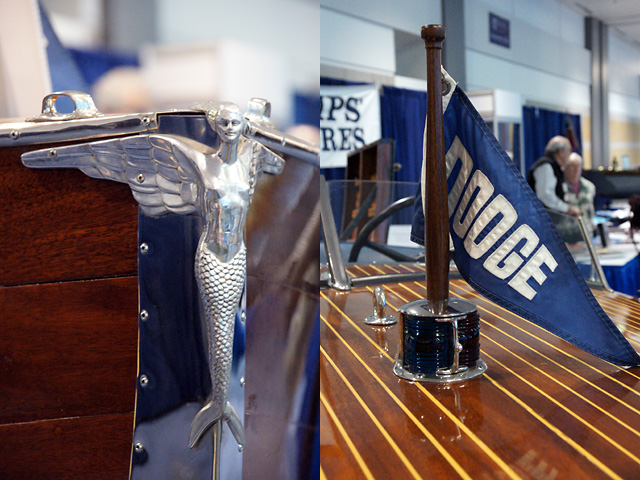 I went to the Toronto Boat Show last week, armed with a “working press” badge that allowed me into a semi-restricted area for the wakeboarding demonstration on the big indoor lake. Fun.

The Antique and Classic Boat Society, Toronto Chapter had a large display outside the show featuring, well, antique and classic boats. One in particular caught my eye, the oddly-named Dodge Watercar from the Dodge Boat Works. Founded by Horace Dodge Jr., son of one of the brothers who established the eponymous automobile company, the Dodge Boat Works shut down in 1936 after just 12 years of production, never quite able to translate the automobile company’s achievements on the road into the same kind of success on the water. You can read the full story of Horace Jr. and the Dodge Boat Works in the Summer 2002 issue of Rudder, the quarterly magazine of the Antique and Classic Boat Society (not the Toronto Chapter). 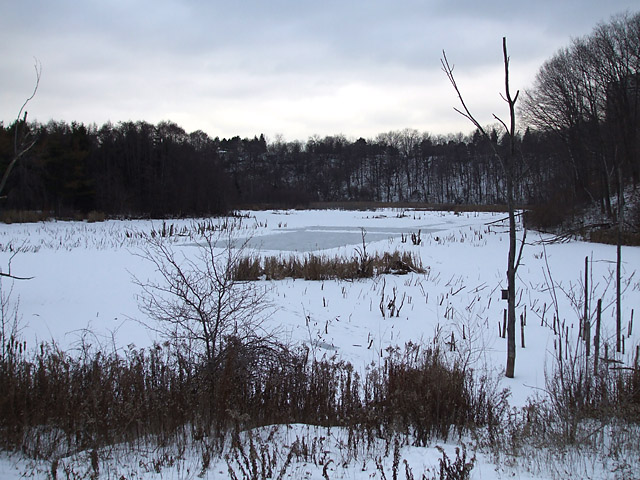 There’s something about the sight of a natural skating rink that warms the heart. I noticed on Monday that someone had cleared a good-sized rink on the marsh in E.T. Seton Park. The marsh was pretty completely frozen over last week and I wondered how suitable it would be for skating. I guess someone found out. 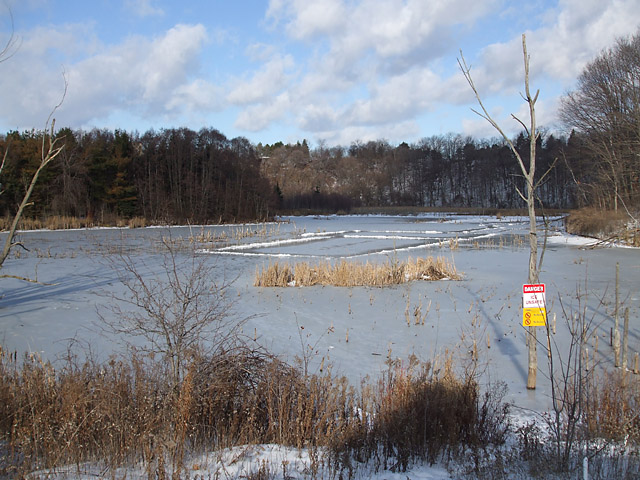 Of course, by Wednesday, the party poopers at the City had put up new “Ice Unsafe” and “No Skating” signs and melted all of the ice. Those fun-hating bastages. I don’t mind the signs so much, but they could have left the rink intact.

Despite the relative deep freeze of the last couple of weeks, I think it was still a little early to be heading out on natural ice. The ice looked solid even on Monday, but I wasn’t going anywhere near it. Call me paranoid, but I can wait until a proper January freeze.

The “No Skating” signs include a hand-lettered reference to Chapter 608 of the Toronto Municipal Code, section 21B of which states that, “No person shall access or skate on a natural ice surface in a park where it is posted to prohibit it.” Are there any natural ice surfaces in Toronto that don’t get “No Skating” signs posted every winter? Last I heard, even Grenadier Pond gets this treatment. Signs also line the banks of the Don River, and I can’t remember ever seeing that chemical soup frozen over. I did snowshoe across Taylor Creek once a few years ago, but only because I knew the river was about three inches deep below the ice. 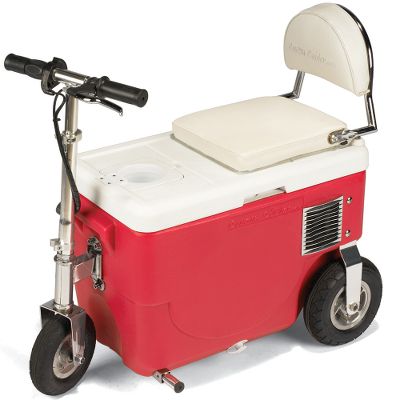 I can’t decide whether this beauty from the latest Hammacher Schlemmer catalogue is the best sport utility vehicle ever or a mere curiosity. It doesn’t really matter either way, because I really want one.

With a range of 15 miles (24 km), it could handily transport me and my lunch to work on those rare days when I really don’t feel like cycling. But I imagine its primary use in my life being for grocery shopping, picnicking, making Risa embarrassed to be seen with me, and impressing the hell out of the neighbours.

A vehicle like this reduces motorized personal transportation to its essence: wheels, an electric motor, and a trunk to carry your stuff. Most people don’t need more than that for commuting and running errands. And just imagine the jaws dropping when you steer this sweet ride up to your next tailgate party.

Never be the guy who’s so drunk that his friends can convince him to get up in front of a bar full of people and sing “My Ding-a-Ling.” I’m just saying.

Chuck Berry may have been able to pull it off for his only #1 hit, but you, sir, are no Chuck Berry.

I caught separate interviews with Derek Foster, Canada’s self-proclaimed “youngest retiree,” on both Breakfast Television and CityNews today. Both interviewers (Dina Pugliese and Jee-Yun Lee) repeated the “retiree” line, with Lee’s teaser going so far as to proclaim Foster as “the youngest person to retire in Canadian history.” I’m certain that the crack fact checkers at Citytv verified this ludicrous statement with the federal Department of Dubious Data before going to air with it. Foster’s story has also recently appeared in the Star and the Sun.

But wait a second, why all sudden attention on Foster, who retired three years ago? It turns out that he’s flogging copies of his new book, The Lazy Investor. Both Lazy and his first post-retirement book, Stop Working, purport to share his investing secrets so that you, too, can retire in your thirties. You can buy both books directly from the author’s book-selling web site.

Now I don’t know what Foster does all day long, but my guess is that he writes his books, contributes articles to Canadian Money Saver (and possibly other publications), and has occasional speaking engagements. Oh, and he probably spends more time at home than when he was employed in traditional workplaces.

Dude, I’ve got news for you: you’re not retired, you’re self-employed. And by that measure, I retired when I was 25, handily beating you for the title of “Canada’s youngest retiree” by 9 years. But neither one of us is really retired, are we? 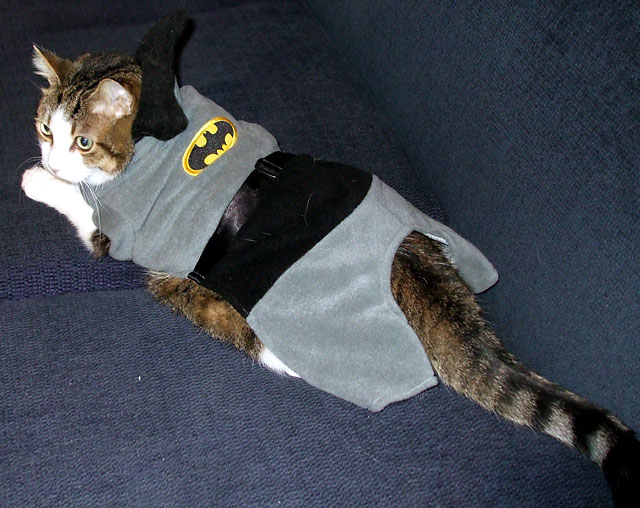 For those who are wondering, his utility belt holds his most important and versatile tools: a crinkle ball, a piece of string, and a little pouch of food. 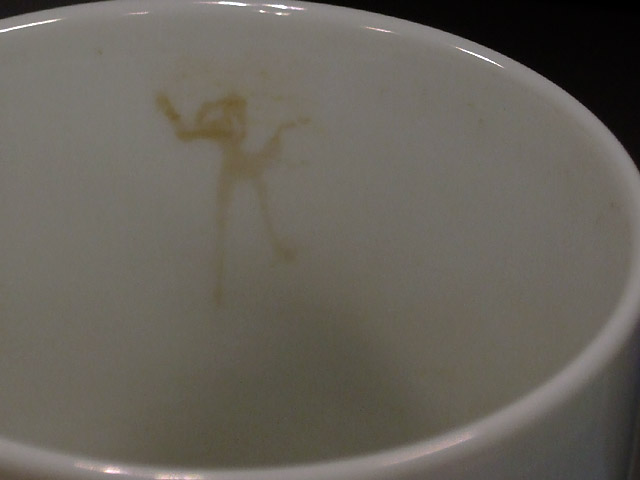 I noticed a little man in my tea mug on Friday afternoon. He was flat up against the side, doing a little jig, two big sad eyes staring back at me as he raised his arms in greeting. Hmm, tea can do interesting things to mugs, I thought to myself. I was quite surprised to see him still clinging to the side this morning, even after I’d scrubbed my mug in preparation for a new day of caffeine. Maybe there’s more to my new friend than just a bit of tea stain. 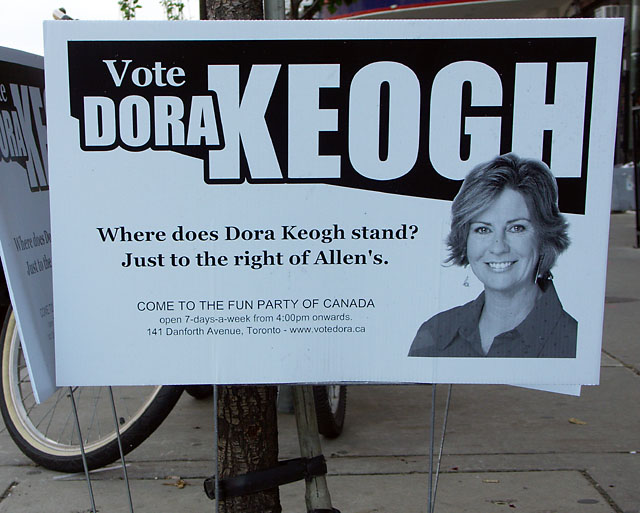 Well, I’ve dissed the Family Coalition Party, the NDP, the Tories, and the Liberals. Other choices in Toronto-Danforth include the Communists, the Greens, and Polkaroo. And then there’s the mysterious Fun Party of Canada’s candidate Dora Keogh.

These signs come out for every federal, provincial, and municipal election since I’ve lived in the riding, yet I can never find her name on the ballot. Having her in the race would certainly raise the bar for the other candidates. Maybe it’s time for a draft movement.

Foremost, I’m running because I’m a Liberal and I support Liberal values.

Well, I’m convinced. Where do I sign up? Actually, wait a second. What exactly are Liberal values again? Rowlands concludes:

I’m asking for your vote so Ontario can keep moving forward, and not return to the harsh days of Conservative rule. Let’s not jeopardize the Ontario Child Benefit. And let’s not invite turmoil back into our schools.

Okay, maybe it’s not fair to judge a candidate based on a short bio posted on the party web site. But that’s not going to stop me from doing it. When the basis of your candidacy is, “I’m not the bogeyman,” it’s time for me to keep flipping through the candidate list.

She’s pro-Portlands Energy Centre, which alone is probably enough to sink her hopes in the southern half of the riding. Interestingly, she was selected to the Portlands Energy Centre’s dysfunctional Community Liason Committee as an “unaffiliated resident” in January 2007, less than five months before winning the Liberal nomination for Toronto-Danforth. She seems pretty affiliated now.