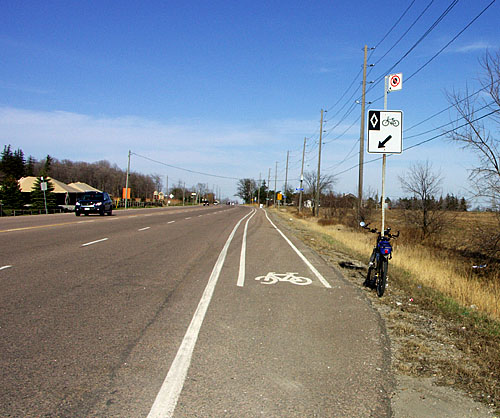 I always hear about old streetcars sitting out in farmers’ fields or doing duty as storage sheds in the middle of nowhere, but I’d never seen one for myself until this past weekend. This one is on Finch Ave in Pickering, just east of Scarborough-Pickering Town Line.

I would have gotten in closer for some pictures, but the place was plastered with ‘no trespassing’ signs and there was no one around for me to ask about it. I assume that they’re tired of having transit and photo geeks crawling all over their property, but what do they expect with a rusting old PCC sitting in their front yard?