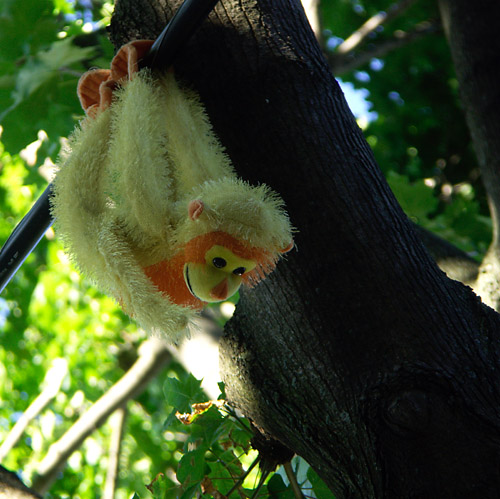 One of my neighbours keeps monkeys, hanging them from the utility wires along the street. There were only a few until last year, when the population exploded to the current dozen or so lining almost the entire block.

Shortly after we all learned through a Fixer column last year that one of the locals was taking the proliferation of monkeys a little too personally, a petition was affixed to the pole closest to the monkeys’ home pleading for the continued presence of the playful primates. 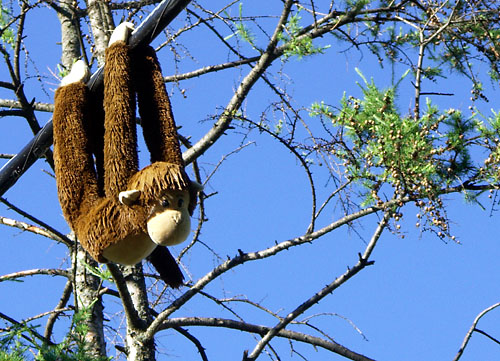 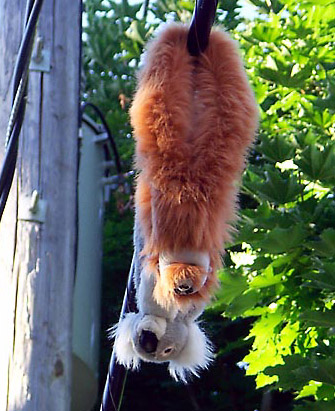 The monkeys have since spread so far along the street that it’s hard to miss them unless you’re staring at your feet for the entire block. So I have to admit to a bit of amusement at learning that the Toronto Psychogeography Society walked right past without seeing them last week.

In fairness, many of the monkeys were camouflaged by trees at the time and the Society did their stroll under cover of darkness.