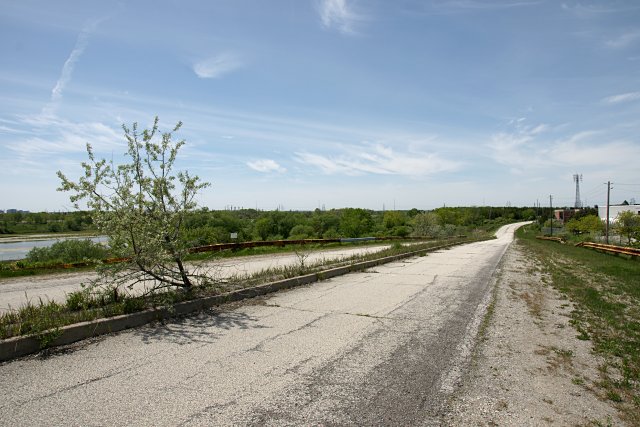 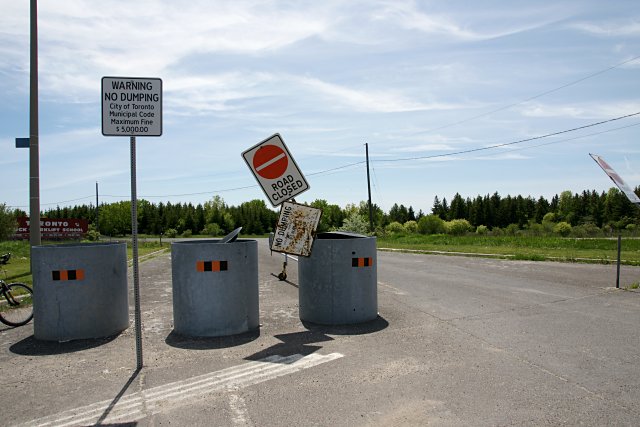 The most obvious remnant of Indian Line is a 1.5 km stretch that runs south off Albion Road just south of Steeles that’s sore-thumb-visible on Google Maps. Seen above at Albion Road, it’s wide, obvious, and still in pretty good shape, not just some tiny patch of asphalt in a field. The gate at this location is sometimes open, but it’s always accessible by foot or bike. This particular alignment of Indian Line used to serve as off- and on-ramps for the northern terminus of the 427, bringing highway traffic to and from Albion Road as it continued northward into the hinterland. When the highway was extended north of Steeles in the early 1990s, Indian Line was closed off and has been left to languish as part of the Claireville Conservation Area. At just about 15 years old, this section of road is one of Toronto’s most-recently abandoned roads. 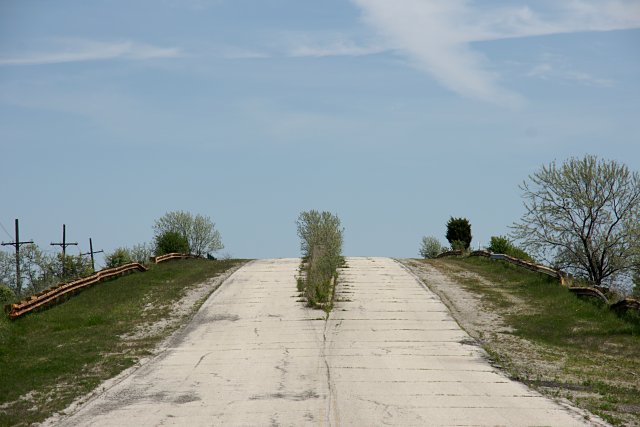 Deserted except for occasional hikers from nearby Indian Line Campground, anglers hoping to hook a mutant fish in the Claireville Reservoir, and dog walkers, the road climbs over the CN tracks (above) on a bridge with a small median where weeds have broken up much of the asphalt and some are growing into trees. 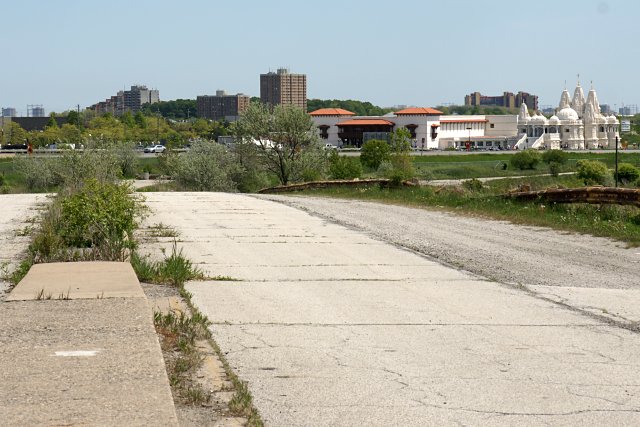 The BAPS Shri Swaminarayan Mandir is directly across Highway 427 from abandoned Indian Line. The picture above was taken from the top of the CN overpass. 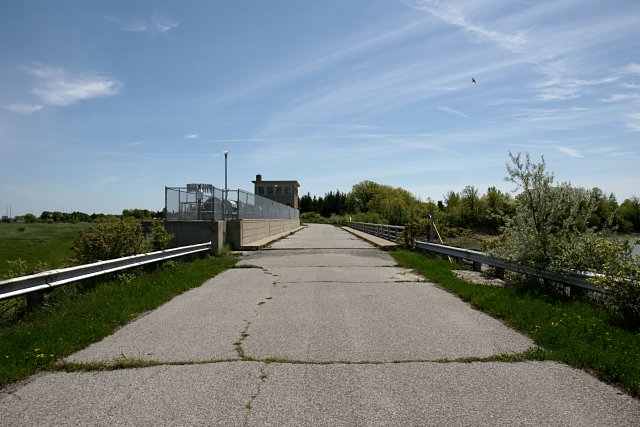 The road continues south over the Claireville Dam, which was constructed—like so many things—in the wake of Hurricane Hazel to control the Humber River. In this picture, the river flows to the left, with the reservoir on the right. 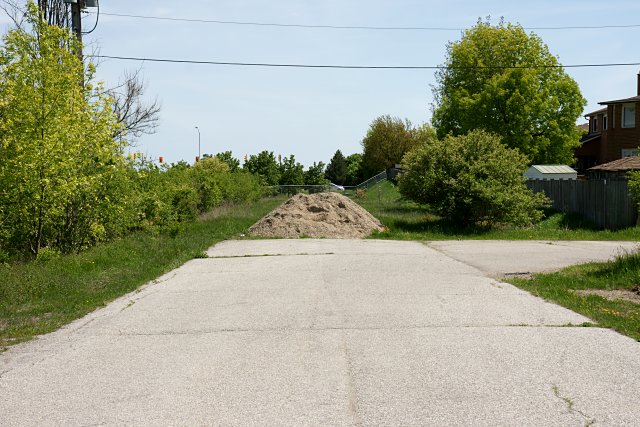 The old road continues past the dam and the original entrance to the Indian Line Campground (the road heading to the right, above) before coming to an unceremonious end at a pile of dirt. The right-of-way continues south from here, and is still mostly open on the west side of the 427. You can still ride a mountain bike or hike along a good portion of the route with varying degrees of success. South of Morning Star Drive and just west of the original route, another abandoned stretch of road appears: 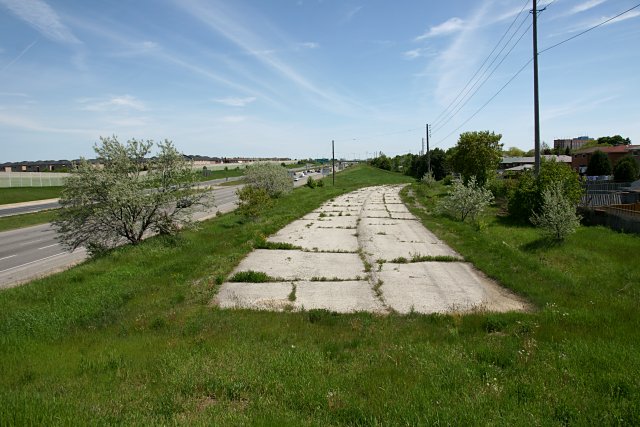 Just a few metres south of Morning Star is a short yet remarkably well-preserved stretch of road behind a chain-link fence. This was a connector from Morning Star to the 427.

The frequent reroutings and eventual abandonment of Indian Line between Steeles and Finch are extensively documented in a thread at the Urban Toronto Forum that includes several aerial photos from 1959 through 2005. A short section of Indian Line is still in service between Campus Road and Highway 409.