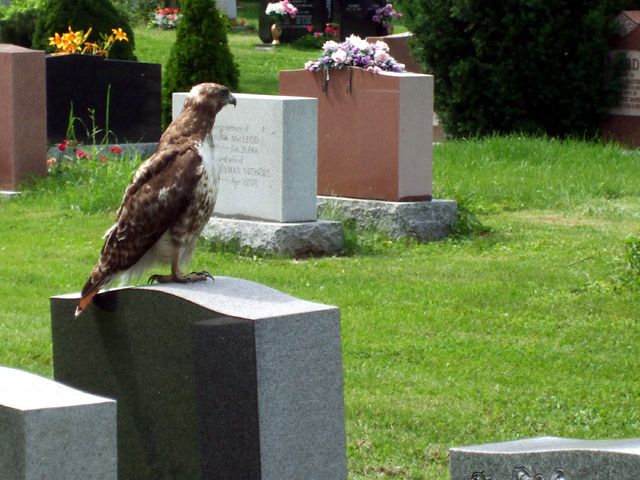 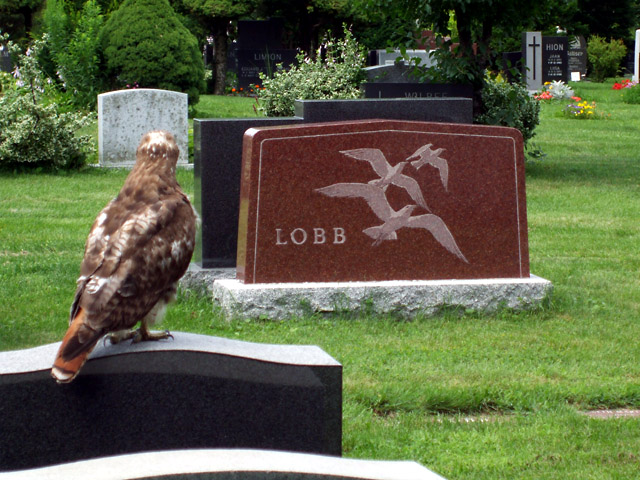 Ah, he was just admiring some artwork featuring three of his distant cousins.

This is the second time now that I’ve seen a red-tailed hawk in a rather incongruous context. Last year’s sighting involved a hawk, probably a fledgling, that had no interest in flying on an exceedingly hot day while another watched from a nearby tree. This one was doing a mighty fine impression of a raven. I always see hawks circling in the sky or sitting inconspicuously in trees, but sightings out in the open at ground level like this seem to be pretty rare.