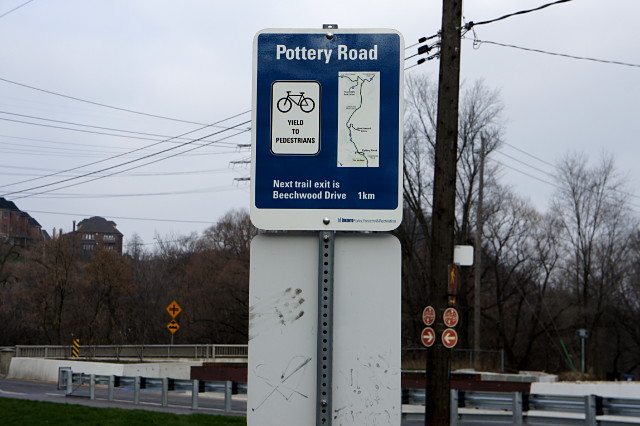 I spend a lot of time looking at wayfinding signs. It’s not because I don’t know my way around, but because a lot of other people don’t. If I had a nickel for every time that I tried to explain to some lost soul on the Don Valley trails how to get to a particular destination or back out onto the street, I’d have at least $2.65. Unless you already know your way around Toronto’s ravine trails, you’re almost certainly going to get lost at least once the first time you try to get somewhere new.

Just a couple of weeks ago I mentioned that the wayfinding signs on the new Gatineau hydro corridor trail were much improved over previous versions elsewhere in the city, but could still benefit from maps to display connections to other trails and attractions. Well, it looks like the city is continuing its incremental improvement of cycling wayfinding signs by incorporating the improvements seen on the Gatineau trail and finally adding a map onto each sign. The first one of these I’ve seen is on the Lower Don trail at the newly reconstructed intersection with Pottery Road (more about that next week). Here’s a closeup of the info on the new sign: 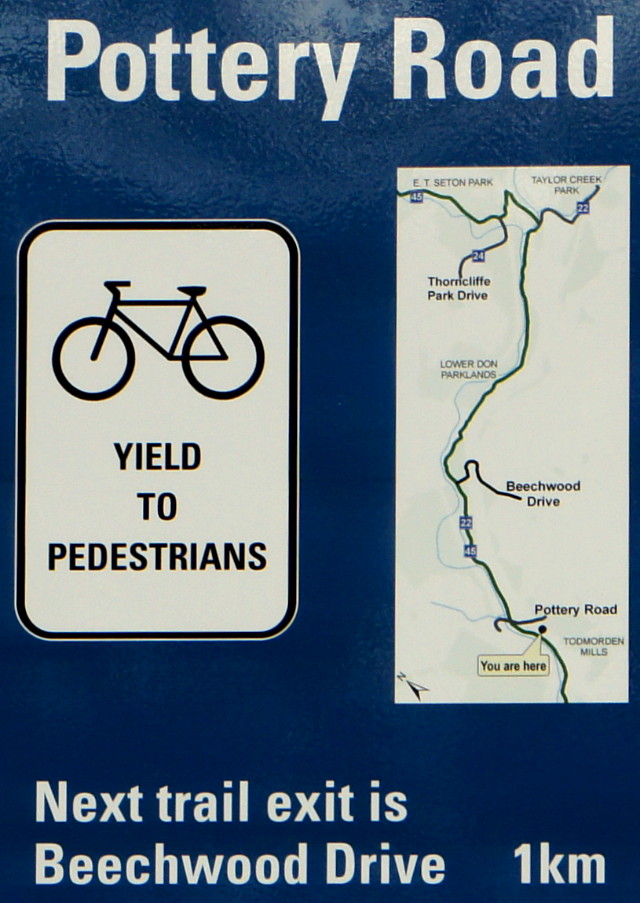 Distance to next exit? Check.

Although the map lists upcoming parks, shows route options, and names streets at egress points, it still doesn’t really show any attractions along the way. It does point the way to Todmorden Mills, which is just around the corner from this sign, but doesn’t show the Crothers’ Woods trails just on the other side of the river, the Brick Works a quick ride away down Bayview, or—most importantly—the Dairy Queen at the top of Pottery Road. The map could also orient cyclists in the larger street grid by showing the closest main streets, not just ones that cross the path. Also, the map curiously omits the access point at Don Mills Road that goes up to Flemingdon Park, even though it does show the access road into nearby Thorncliffe. The omission may be because the Don Mills access is more informal and you have to climb a very short staircase to get to it.

Still, despite this niggling on my part, these signs show that the city of Toronto has made huge improvements to its wayfinding signs in just a couple of years. Gone are the days when the city seemed to assume that everyone carried a cycling map at all times to find their way around the mostly unsigned paths throughout the city. I liked the improvements on the hydro corridor signs (where present), and appreciate this additional step forward as well. It compares well to the cycling signs I saw in Austin, Texas last year: 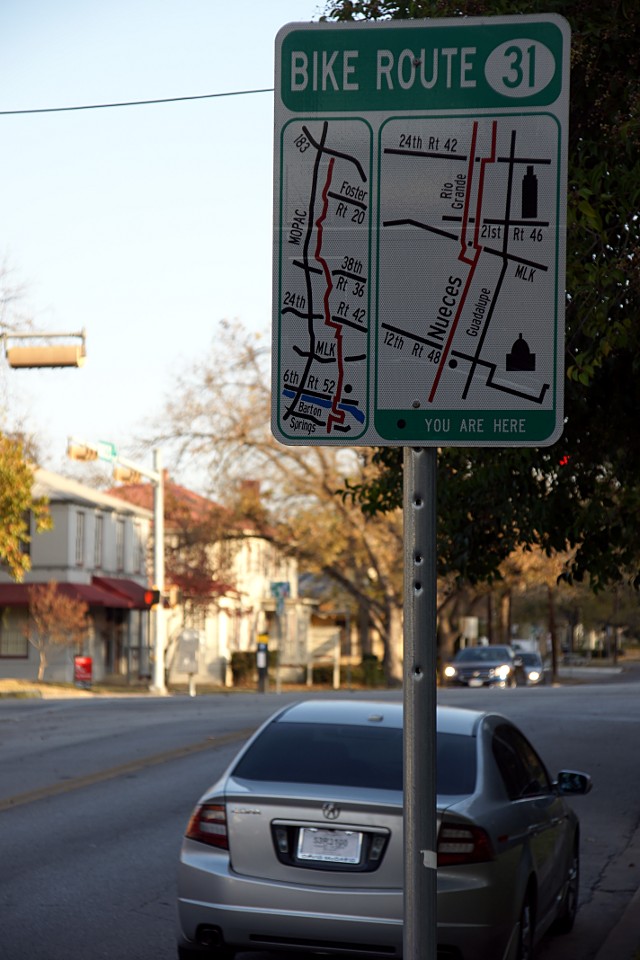 The Toronto signs are less cluttered and present the information more clearly, but I think they could use a bit more detail. I look forward to seeing more of them along the trails.

One Reply to “Inching closer to wayfinding perfection”