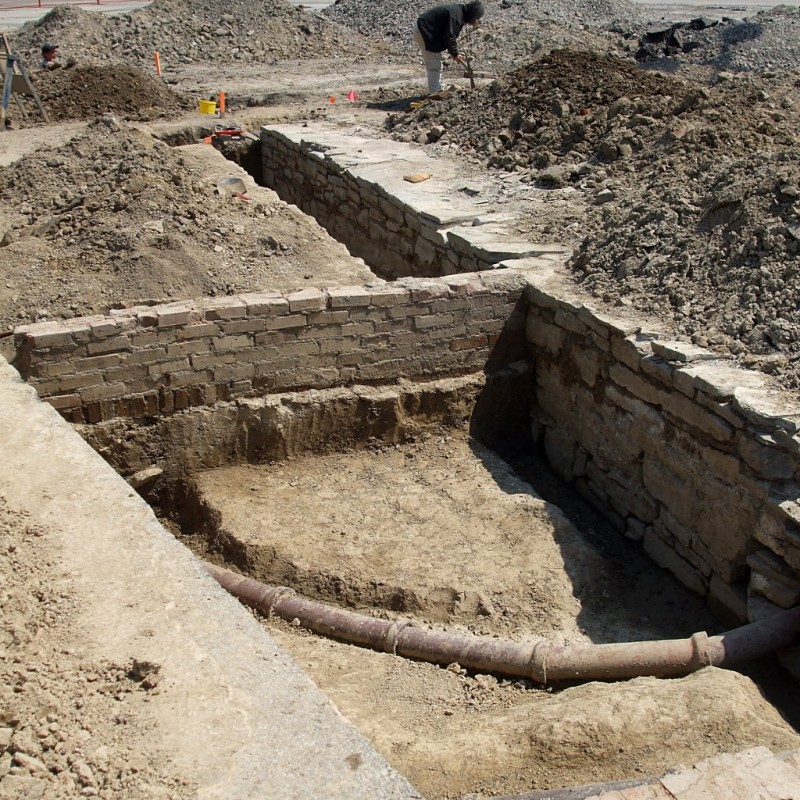 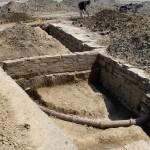 A clay drainage pipe runs through the walls. 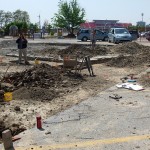 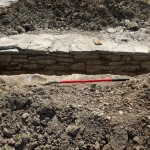 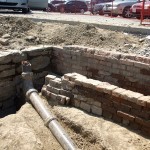 The building was knocked down in the early 1950s and paved over for a parking lot at Exhibition Place. 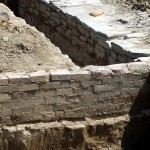