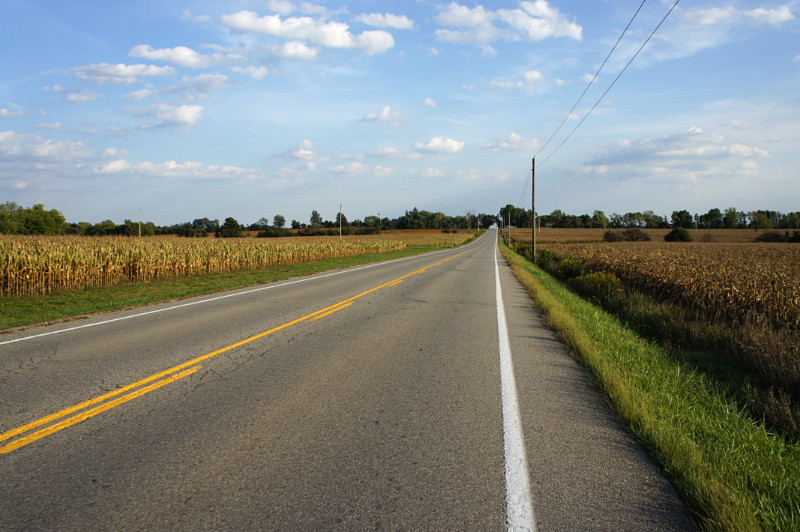 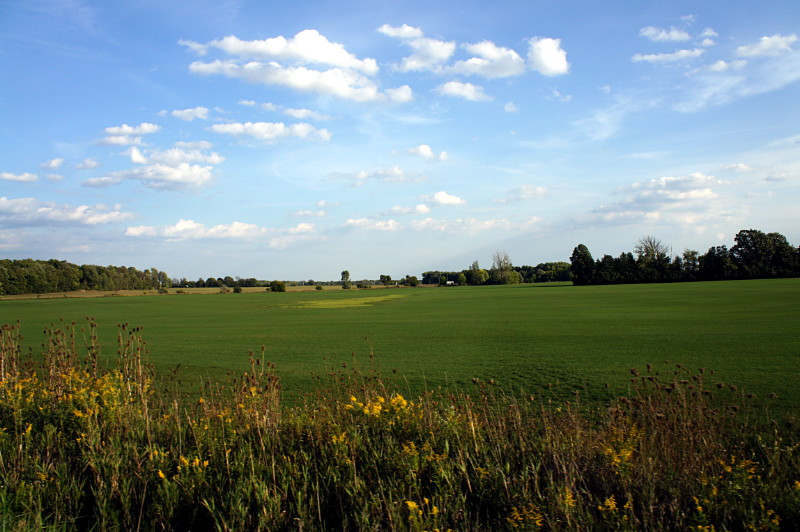 Ever wonder where your sod comes from?

The first problem that you encounter any time you travel without a car is figuring out how to get to where you’re going. With a car, you can pretty much just jump in and go with confidence that any of the routes available to you are suitable for driving, there’ll be gas stations and rest stops along the way, and your normal cruising range won’t be halved because you have to climb hills all day long. Say goodbye to all of that when you get on your bike for a day trip to a specific destination on a schedule: if you’re like me, the roads that you want to ride on lack all of the conveniences which are on the roads that are absolutely awful to ride on.

I needed my bike for the weekend and was tempted to ride the entire distance from Toronto but chose to take transit so I’d be relatively fresh when I got there. Kitchener is in kind of an awkward place from a Toronto perspective: just a bit too far for a care-free bike ride, just a bit too far away from the all-day Lakeshore GO trains for care-free transit access, a bit too far away to make the round-trip by car two days in a row, and way too close to fly. So thanks to my timeline and the vagaries of the GO Transit schedule, I ended up taking a Friday morning bus to Guelph and riding into Kitchener from there. And so I found myself zooming down Wilson Avenue into Hoggs Hollow early on Friday, two loaded waterproof panniers hanging off my rack, heading to the York Mills GO terminal and the 8:45 bus to Guelph. The dark clouds gathering on the western horizon confirmed what I already knew: my ride to Kitchener was going to be a wet one.

The bus ride was uneventful. I don’t mind intercity buses (especially when I know I get to spin my legs through the countryside afterward), but one thing that bugs me about GO is that it acts as a local service through some small towns. I’m not talking about having bus stops in both Acton and Rockwood, but about having stops every two blocks in those towns. Hobbling a 100 km bus route with stops 300m apart seems unproductive. That kind of service should be left to local transit, which I’d be happy to subsidize if it existed. I’m not sure why there are eight stops in Rockwood and only one or two (depending which bus you’re on) in Toronto.

Anyway, the ride from Guelph would have been perfect except for three things: rain, mud, and dogs. I don’t mind riding in the rain when I’m prepared for it and mud can be washed off, but I’m really getting tired of being chased by dogs. I’m usually able to outrun them, but enough of them have gotten too close and been of uncertain temperament that I’m getting uncomfortable riding on many roads. I’ve already had a face-off with one dog which I couldn’t outrun this year. It wasn’t friendly and I had to wield my bike as a barrier to keep it away from me. The owner came out of the nearby house after about a minute giving me the old line, “Don’t worry, he won’t hurt you.” At that point, you shouldn’t be worried about the dog hurting me, bub. I’m getting seriously close to buying some dog spray before next year’s riding season. I have absolutely zero desire to use it, but my patience with people who let their dogs chase people on roads and trails has evaporated. The annoying part is that the quiet roads that are best for cycling are usually the same ones that are the worst for being chased by dogs.

By the time I got off the bus in Guelph, it had been raining for an hour with a couple more hours of stormy weather yet to come. I saddled up and headed west. The rain would have been fine, but my chosen route included a long chunk of riding on two dirt roads which were passable but very muddy by the time I got to them. Unfortunately, I hadn’t yet replaced my rear fender after installing a new rack earlier in the summer so I ended up with mud everywhere: a big stripe up my back and helmet, covering all of my panniers, and caked all over my drivetrain. By the time I arrived in Kitchener, my rear derailleur was barely shifting at all. At least everything inside the panniers stayed completely dry, even if I had to hose them off at the hotel to get all the mud off. Thank you, Ortlieb. The drivetrain also required a few minutes of work in the afternoon: a thorough cleaning with WD40 and a rag, followed by some lube to make it all nice and happy again.

I followed a slightly different route for the Sunday evening ride back to Guelph, taking me farther south onto Kossuth Road and Wellington 124. Both roads are paved and have clean wide shoulders. There are a few places where the shoulder briefly disappears or merges with a right-turn lane, but traffic is low enough that it’s not much of a problem. The couple of times I found myself on a narrow road with a car behind me, the driver waited until it was safe to pass and gave plenty of room.

This route is the longest of the three major possibilities between Guelph and Kitchener, but is probably most suited to average cyclists. The extra 5 km over the ride on Highway 7 is worth it unless you’re extremely pressed for time. It’s paved all the way, avoids the traffic around the airport, and is relatively flat.

My only real wish for any of these routes would be to have more bridges across the Grand River. As it stands now, you have to go considerably north or south out of your way to get across the river. One person told me that the Grand is shallow enough in some places to walk your bike across, but that’s not quite the kind of river crossing I had in mind for my first attempt. A bridge is under construction to connect Kossuth Road across the river into Kitchener, but I don’t think it’s open yet. When it does open, it would allow cyclists to get across the river without a major detour.

2 Replies to “Guelph to Kitchener”