My hotel last weekend was directly across the street from the Charles & Benton facility, so I thought I’d give it a shot for locking up even though the city doesn’t recommend using the secure corrals for overnight storage. I’d rather take my chances in a secure facility than leave my ride in the hotel’s bike rack tucked away in the darkest corner of its own parking garage. By the time I picked up my pass at City Hall and wheeled over to the garage on Friday afternoon, the sun was out and it was a gorgeous day, in contrast to the mudstorm I’d ridden through just a couple of hours earlier.

Here’s a quick look at the still-shiny-new garage and corral. Cyclists get a separate curb cut and ramp into the garage (between the bollards on the right side of the picture), so there’s no waiting in line with cars or squeezing around lift gates: 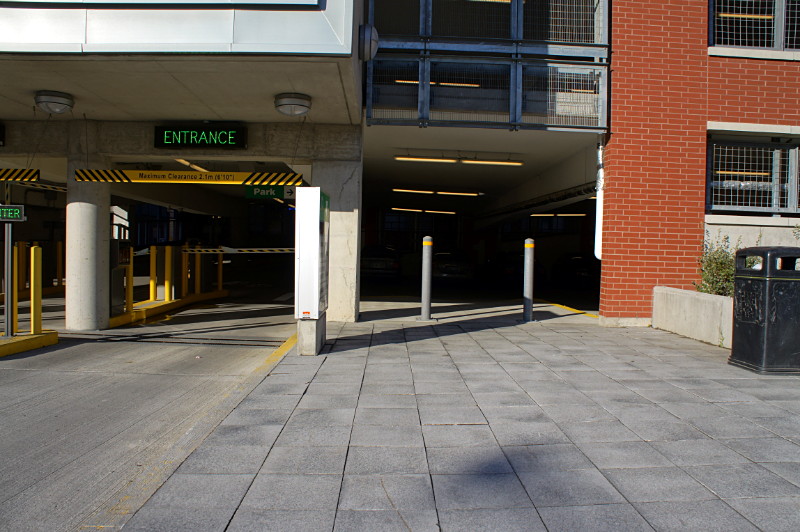 Here’s the sign at the front of the secure corral, showing cyclists how to use it and how to get access: 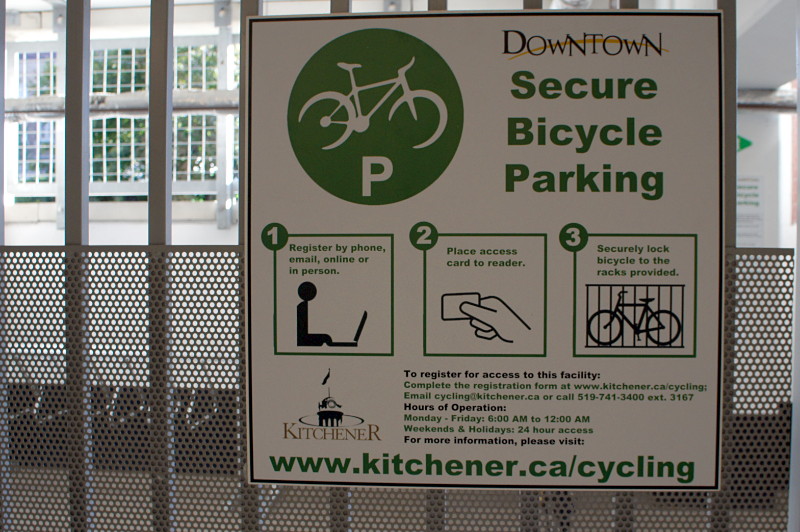 Here’s my bike, complete with stylishly dangling shopping bag, ready to be locked up while I go spend the afternoon on the town: 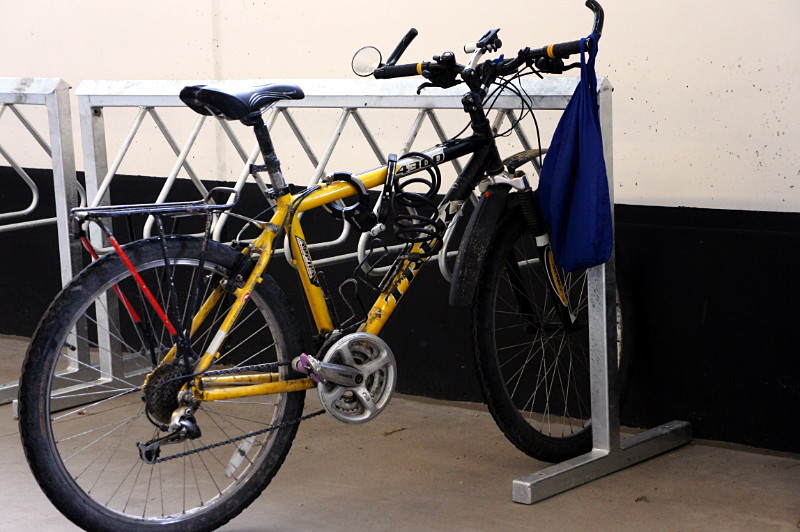 Here’s a sign assuring cyclists that the crowding problems will soon be alleviated. It was unclear to me if the promised additional racks were already in place or if there were more yet to arrive: 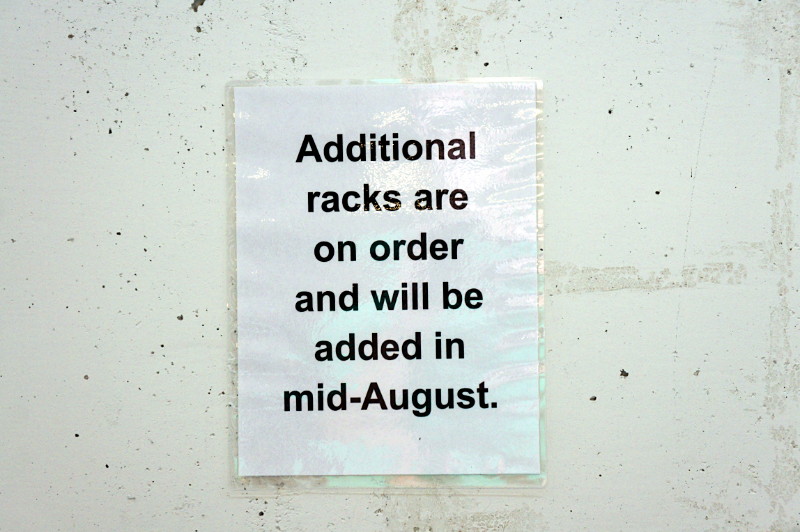 And here’s a shot of my bike locked up among all the others in the corral. This was as crowded as it got all weekend long: 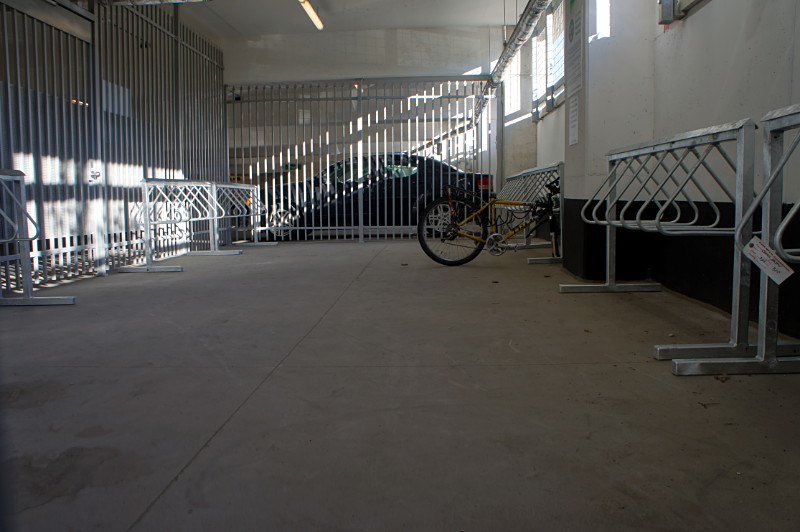 This was 3 p.m. on Friday. Granted, the rain earlier in the day may have kept some people from commuting by bike, but I confess that I expected to see a few more bikes than that. I do know that at least one other person was in there over the weekend because he or she left a water bottle resting upright on the floor beside one of the racks on Sunday morning.

I’m always deeply appreciative of all kinds of good cycling infrastructure—not just bike lanes—and get a little alarmed when it seems underused. If facilities like this are frequently empty, it’s much harder to make the case to maintain them, never mind install more of them. With a rock music festival going on just a block away all weekend, I was keenly aware that my little bike was taking up the equivalent of five parking spots for cars. I’m assuming that the seeming lack of use was from a combination of the weather discouraging cyclists that day and the newness of the lockup which has only been open for a couple of months. Getting access also requires in-person registration during business hours a few blocks away at City Hall. There are a lot of bikes in Kitchener and I’ve got to think that it’ll be more heavily used as word gets out and more people register. I also think that the two big hotels within one block of this new garage should partner with Kitchener to publicize it and make it available to guests on a short-term basis as part of their room fee.