I posted about a fish-shaped catch basin grate near the Leaside Bridge a couple of winters ago. It remains the only one I’ve seen in Toronto, but I found the mother lode of them last weekend in Waterloo: 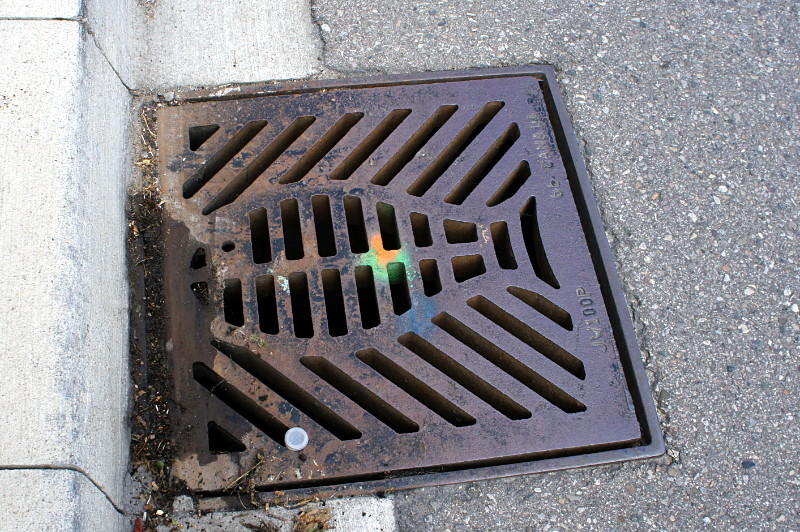 They seemed to be along the entire length of Margaret Avenue in Waterloo, and were probably elsewhere in the city as well. Waterloo Region has a detailed casting design for them (page 20 of this PDF) while also noting that they are only for use within the city of Waterloo and nowhere else within the region. So how did we get one in Toronto? The one here has a slightly different design, or I might have suspected someone at Toronto Water of having sticky fingers.