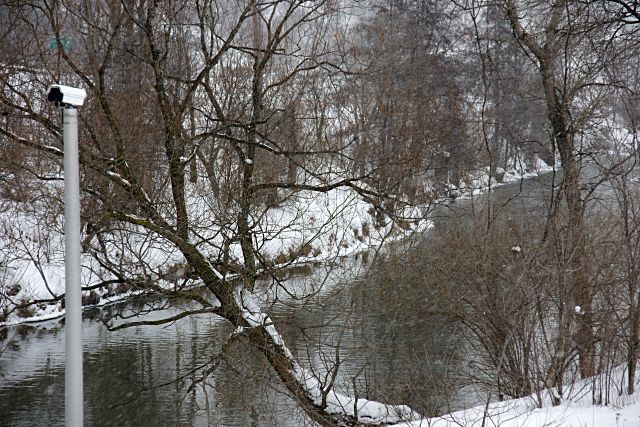 The appearance of yet another traffic camera in the city is hardly remarkable. But it is a little unusual when that camera is watching traffic on the Don River just south of Pottery Road. Although it was used extensively for transportation in its almost-forgotten past, the Don is not exactly known for its 21st-century traffic jams and accidents.

The camera, installed about a year ago beside a gauge house that monitors river levels and flow, is actually used by Toronto and Region Conservation (TRCA) to provide visual correlation of data from other instruments. While a gauge may indicate only that river flow is lower than normal, the camera can see an ice dam. This camera is currently the only one in TRCA’s stable, but they’re trying to identify suitable locations for more. 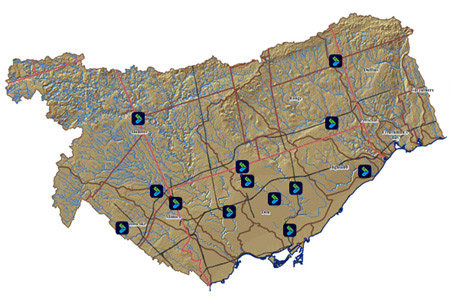 Not only can TRCA monitor the Don—indeed, all of the rivers under its purview—from its Downsview offices, but thanks to a new public web site (login with username “public” and password “public”), you can play Conservation Authority from the comfort of your parents’ basement. For more than a dozen locations, you can view real-time results from monitoring gauges, or graph water level and flow trends over time. There’s even a version of the data optimized for viewing on your Blackberry. With practice, you’ll be able to tell when the Bayview Extension is flooding or when your new bridge is in danger of being washed out. And yes, you can even see the current view from that camera pointed up the Don. What more could a budding environmentalist, river geek, or curious writer ask for? The site is still under active development and will eventually have more features and display data from more gauge stations.

Most of this is probably not terribly exciting to the majority of people, but it’s notable as one of the few online government projects that gives the public access to detailed real-time information rather than just watered-down summaries after the fact. Most effort of this variety seems to be directed towards car drivers, showing not only camera views, but also providing analysis of current driving speeds. It’s a little refreshing to see agencies applying some of the same principles and technology to other uses.

Map from trcagauging.ca. Thanks to TRCA’s Don Haley for his assistance. A version of this article originally appeared on Torontoist.