The MEC created a minor stir a few weeks ago when it announced that it would start selling Ghost bikes, a brand long-established in Germany but whose name means something else entirely here. It would have been difficult to find a bike name less suited to the North American market, but then I found the Ibis Tranny: 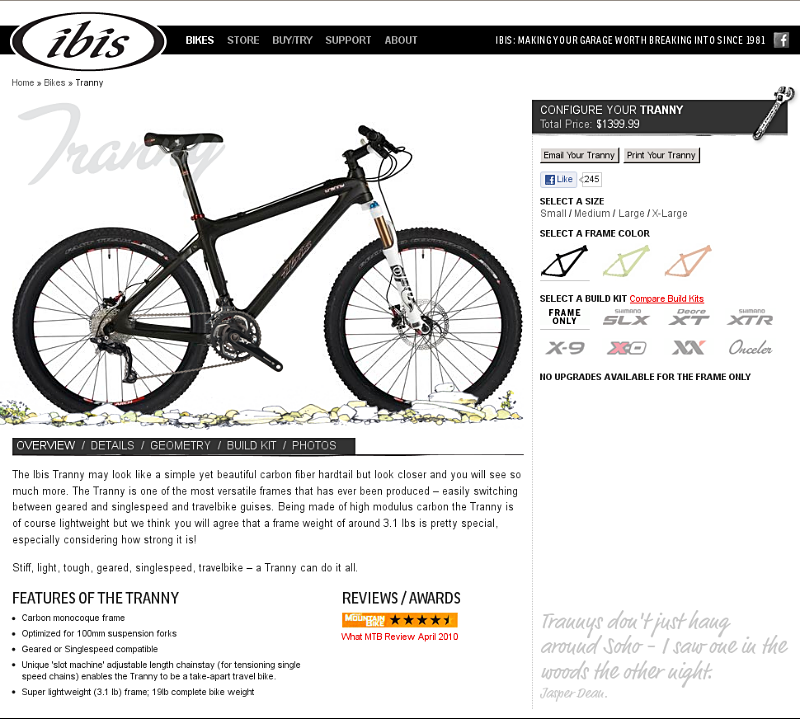 The Ibis Tranny has both a monocoque frame and a slot machine. Good to know.

It raises the inevitable question: would you rather be caught hammering a Ghost down the trail, or riding a Tranny? Either way, I’ll stick to my Trek, thanks.