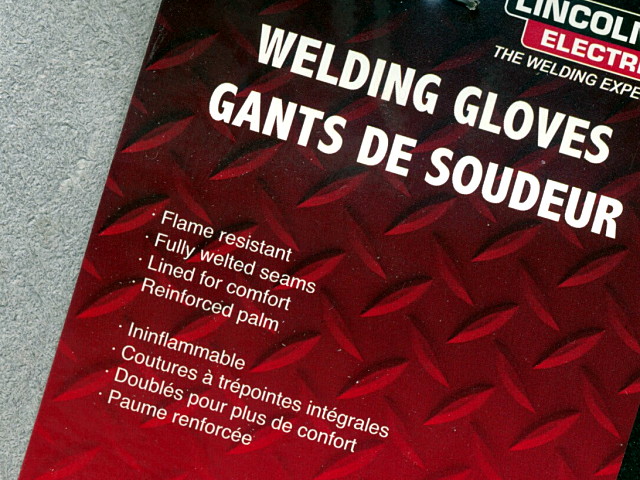 It’s bad enough that in English, flammable and inflammable mean the same thing, but I didn’t realize that the same is also true in French. I always hear that English is such a flexible language, so I’d like to begin a campaign to borrow the French term for something that won’t burn, the wonderfully elegant ininflammable, as seen on the tag for these welding gloves. Furthermore, I think we should encourage more constructions like this: ininvaluable, ininhabitable, inintense, the possibilities are ininnumerable. 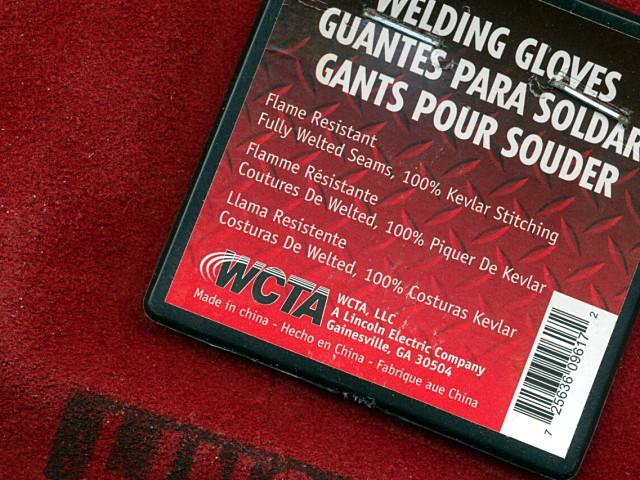 If I could only read the Spanish text for these welding gloves, I’d come away thinking that Kevlar makes them good for handling llamas. I suppose I’ll have to look elsewhere to satisfy my steer-wrangling welding glove requirements.