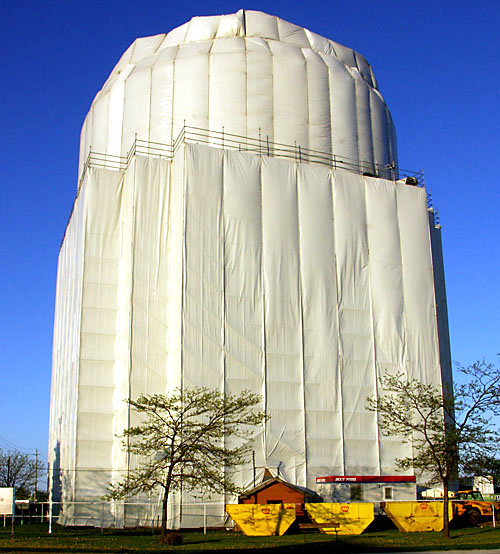 Has artist Christo wrapped the water tower at Warden and Eglinton? You (and I) would be forgiven for thinking so, but the Warden Tank is just getting some much-needed maintenance. 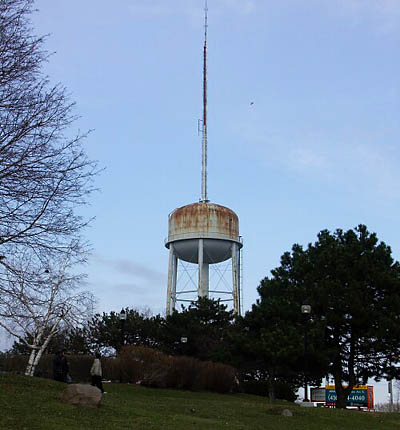