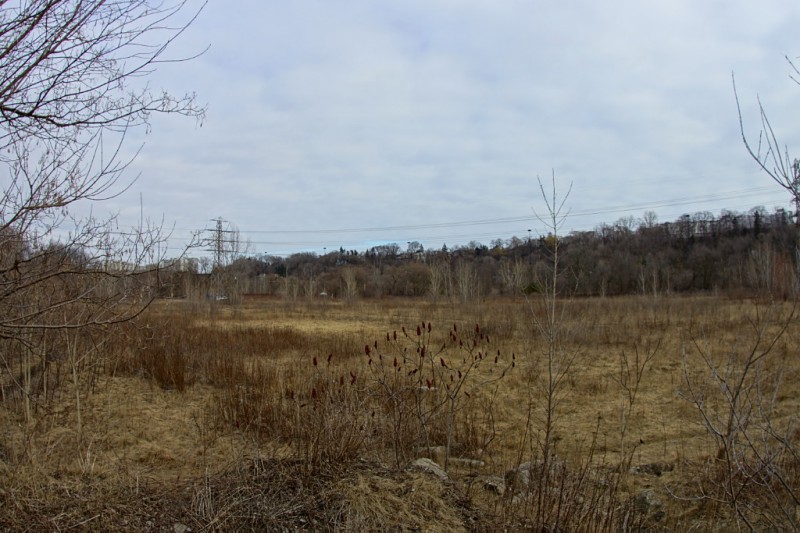 Cottonwood Flats [PDF] in the Don Valley is no stranger to industrial degradation. Before being used as a snow dump by the city, the site was home to a series of mills and factories beginning more than 200 years ago (here’s an interactive map of Cottonwood Flats, Crothers Woods, and adjacent areas). I remember tooling around the trails on my bike and navigating around the big sloppy pile of dirty ice and garbage that still towered overhead in the middle of the valley floor as late as June some years. Recognizing that it’s not really a good idea to use a site that drains directly into the Don River as a dumping ground, the city finally ended its use as a snow dump in 2009. It has since been renaturalizing and there is supposed to be a new management plan that I haven’t been able to find online.

As you can see from the picture above, Cottonwood Flats in winter is very much a reflection of Toronto itself at this time of year: flat, barren, and relentlessly brown. With the DVP just across the way, the Bayview Extension at the top of the hill, and two railways nearby, there’s no mistaking this for a bit of pristine wilderness in the middle of nowhere. At first glance it seems like little more than an overgrown field beside a noisy highway, but the site’s edges, especially along the river, are filled with winding paths that carry you to a variety of interesting nooks and crannies. In the last few years, it’s also grown to be a much more popular destination for cyclists, families, and especially dog walkers. I’ve seen more people on my two recent visits this winter than I ever used to during the summer. Read below the fold for the first of two short galleries (or second of three, if you include the one from a couple of weeks ago) looking at a few of the interesting sights. 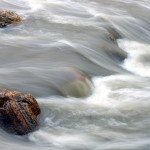 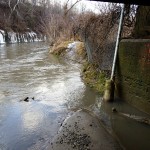 This path under the railway bridge and into Cottonwood Flats has been washed away at some point. The damage looks fairly recent, but I can't say for sure. I guess I'm taking the long way in. 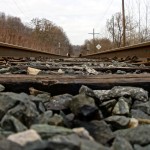 The CN tracks along the eastern edge of Cottonwood Flats are used by freight and GO Transit trains. Remember kids: any time is train time, especially 10–15 minutes after the scheduled Union Station departure of the Richmond Hill GO train. 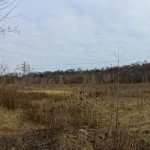 There's no getting away from it at this time of year: Cottonwood Flats is very flat and very brown. 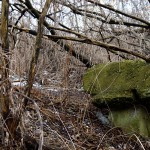 A bit of construction detritus sits near the riverbank like a man-made toadstool. 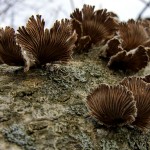 A line of fungus grows on a fallen tree. It almost looks good enough to eat. 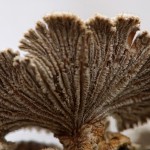 A closeup of the fungus growing on a fallen tree 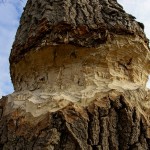 You've got to hand it to the beavers in the Don Valley: they're ambitious. There are a number of rather large trees in Cottonwood Flats and elsewhere in the lower Don (including one at the forks of the Don that I wrote about almost five years ago) that have been the targets of beavers even though it seems unlikely that they'll actually prove successful. 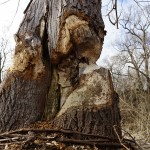 Another angle of the same tree. The chewing is a little more irregular on this side. 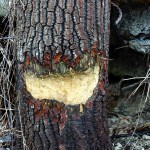 On this tree, the fresh beaver work looks almost like a smiling mouth caked with blood. Almost as if the tree got revenge and ate the beaver.