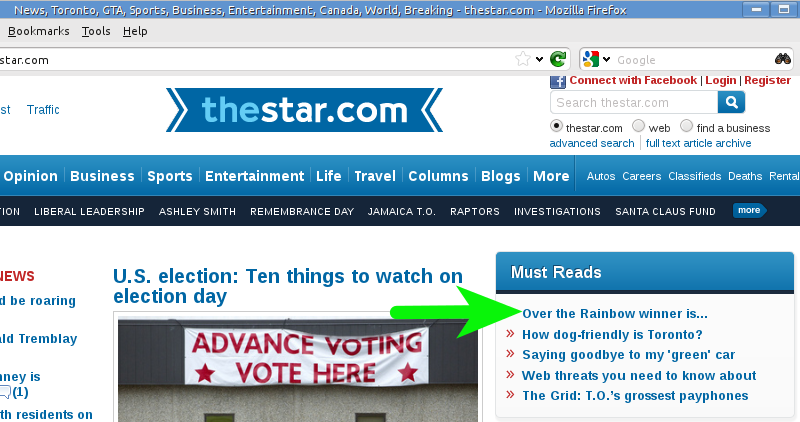 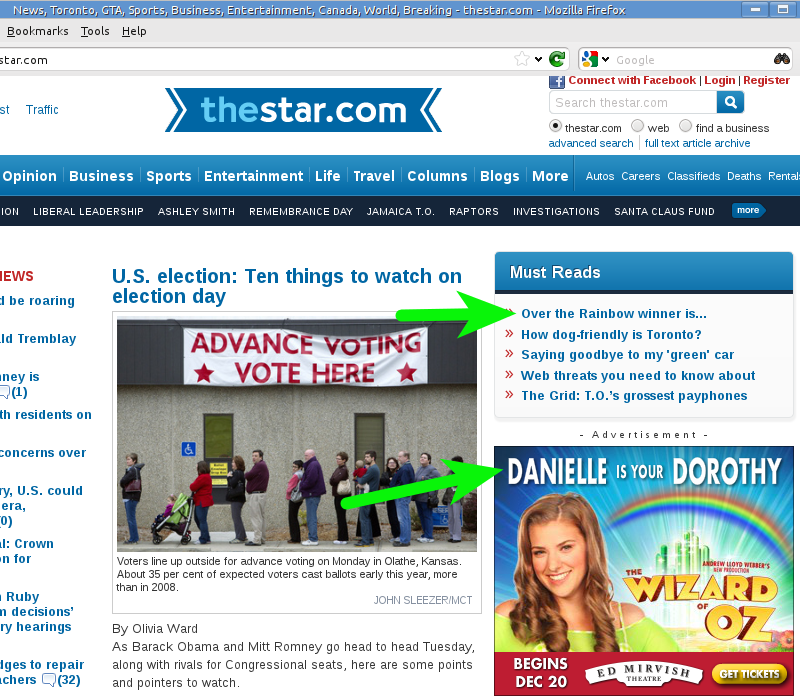 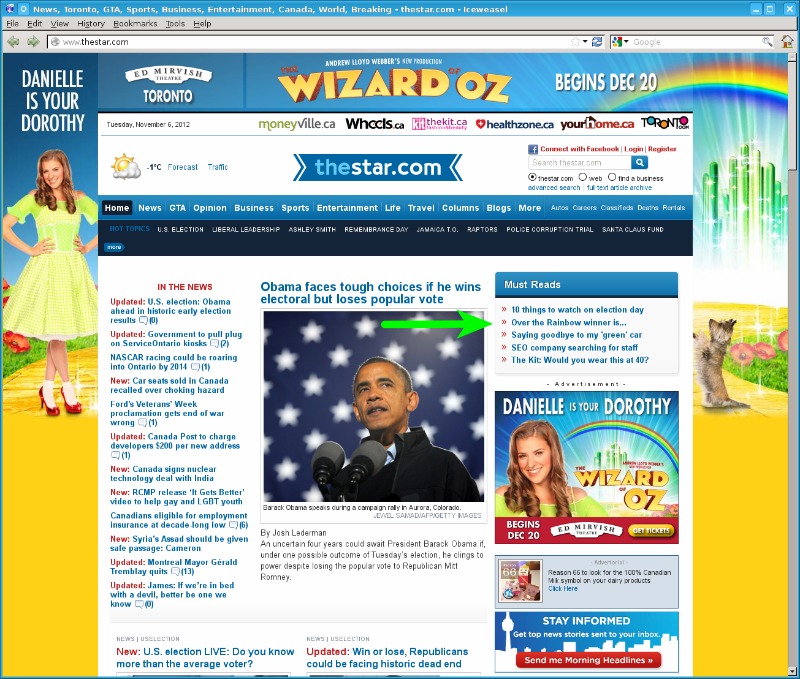 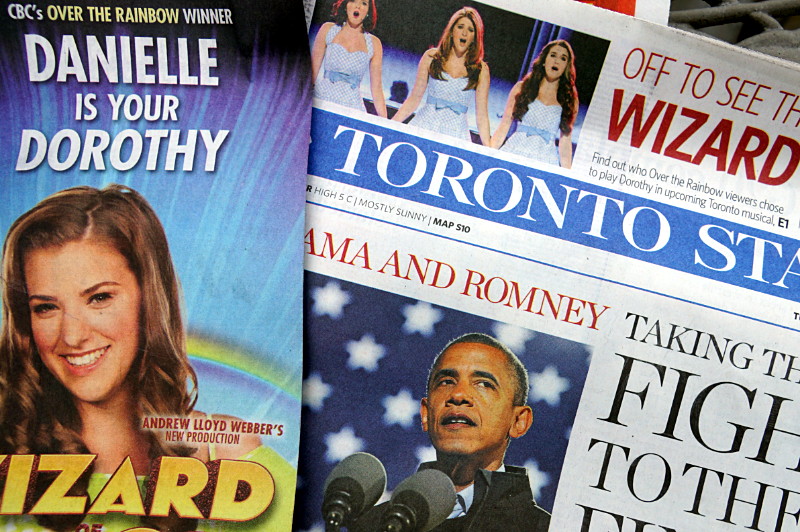 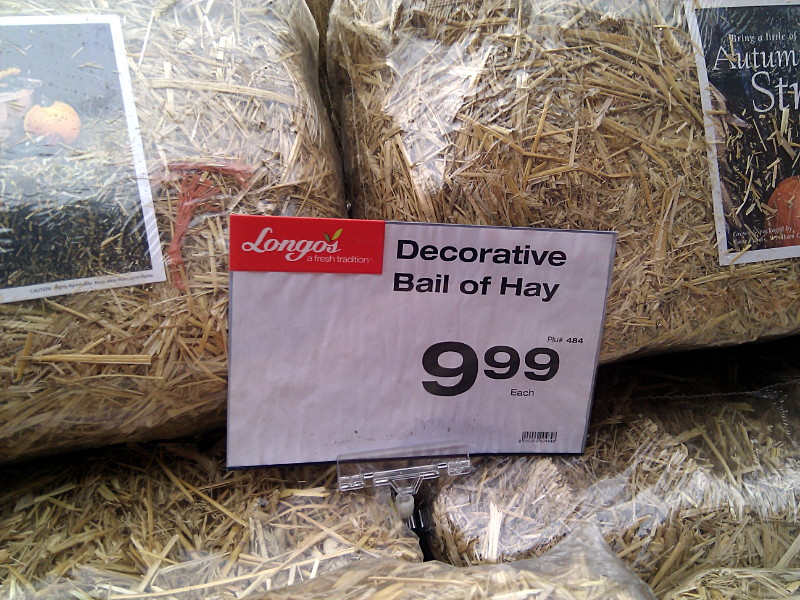 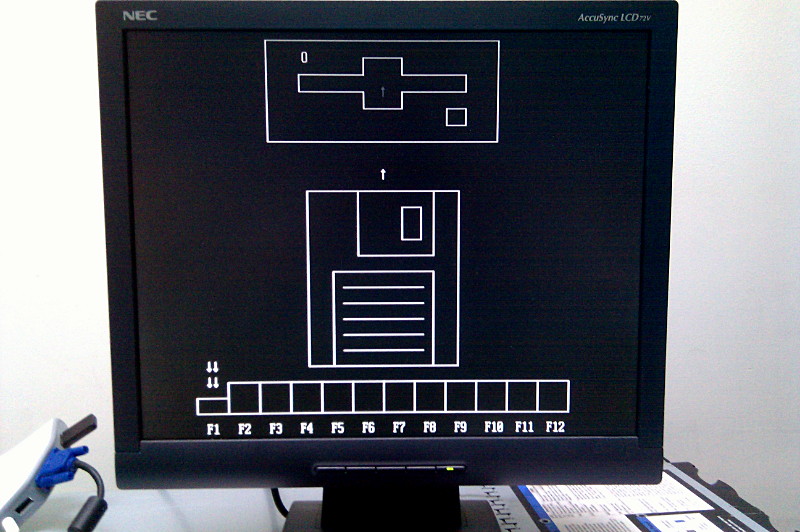 Kids these days may not recognize two of three things in this graphic.

I was greeted by this delightfully retro high-ASCII graphic last week when first booting up a new(-ish) IBM server to install an operating system. The only thing that would make it better would be displaying a 5.25″ floppy instead of a 3.5″ disk. It can only be a matter of time before hipsters start carrying floppies around because they’re more authentic than USB keys.

This server certainly didn’t have a floppy drive but I should count myself lucky: the operating system I was installing would have required shuffling more than 1,250 1.44 MB disks. 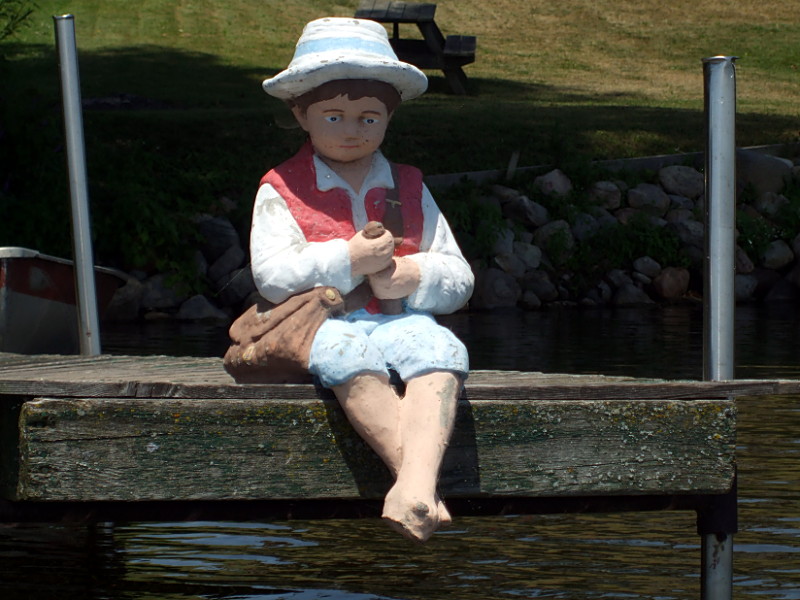 Is that a rod in your hand or are you just happy to see me?

People put the darnedest things on their docks. I hope he’s just holding the broken end of a fishing rod and not, uh, well, um, whatever it is that boys do when they pack up their satchels to spend a solitary afternoon by the river…

A lot of ink and bluster have been spilled over yesterday’s confrontation between Councillors Giorgio Mammoliti and Gord Perks. I won’t add to it other than to say that Jack Lakey, the Star’s Fixer, wrote a blog post detailing a spat between his younger self, when he worked the City Hall beat,  and Mammoliti:

At one point [Mammoliti] told me – in front of other people in the council chamber – that I wrote the stories because I was anti-Italian. And then he walked away.

I was livid, not just at the comment, but at his timely evacuation of the danger zone.

In those days, I was a lot more jumped up and charged with testosterone. It was a serious challenge not to chase him down.

I called aside his executive assistant at the time, a good guy named Anthony Cesario, and asked him to pass along a message to George: If he ever said anything like that again, I’d drop him.

I was quite capable of it, and George knew it; he never came near me for months afterward.

If he’d followed through, Lakey would certainly have come to be known as The Fixer, but different reasons than he is now. 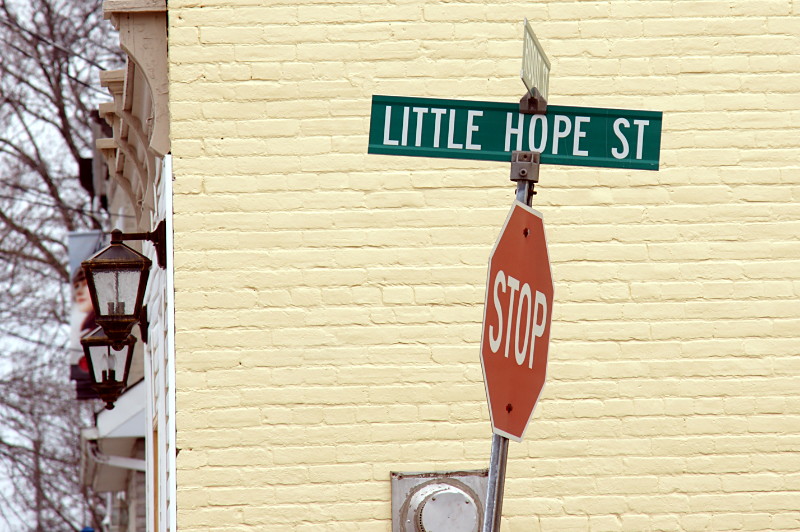 There’s still some hope here, but just a little. 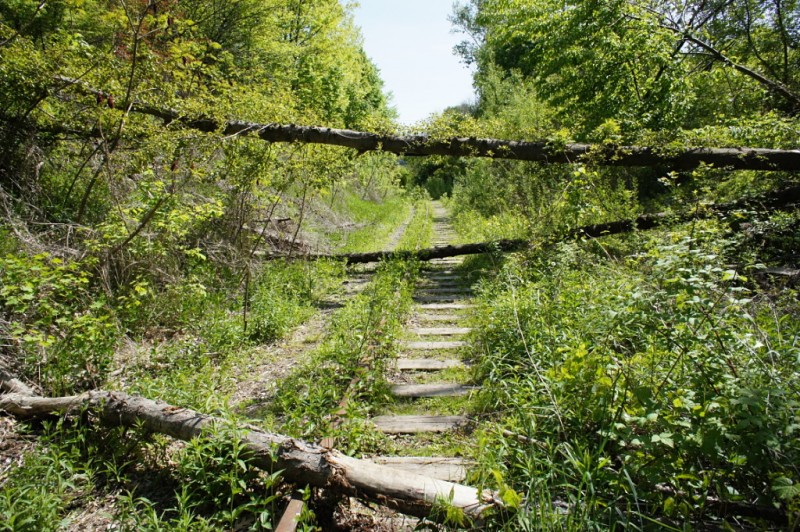 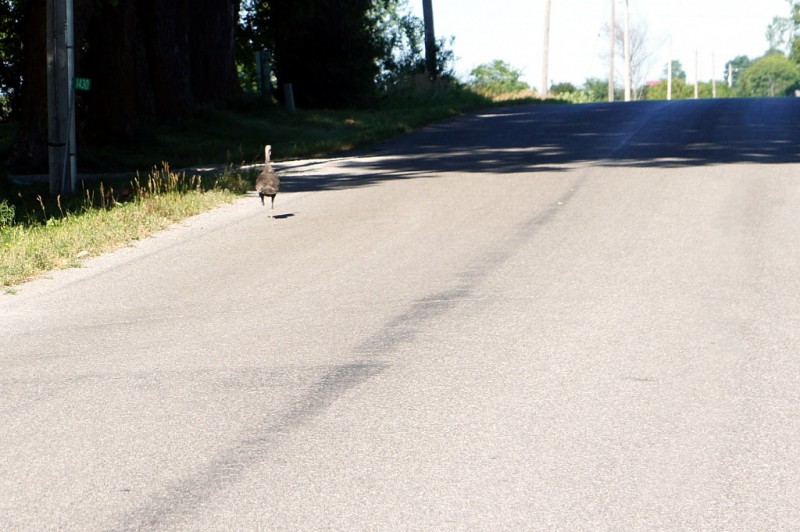 Near Millbrook, two domestic turkeys were foraging at the side of the road when I cycled by. One ran straight back into its field while this one ran up the road to the driveway and then ran up the driveway to the barn. Neither one took any notice of the car that passed by a few seconds earlier. So why did the turkey cross the road? To get away from the cyclist. 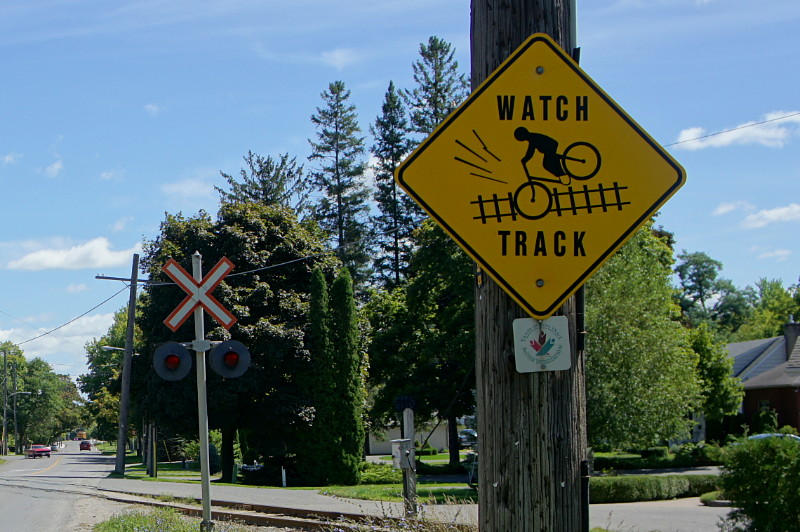 Not only does this cyclist exhibit some seriously flawed technique, but he’s suffering a major mechanical malfunction too: those shattered rods flying in front of him must be the missing top tube and chainstays from his bike. The perils of crappy carbon frames.

Also, I notice that Mr. Stickman is carrying a few extra pounds: 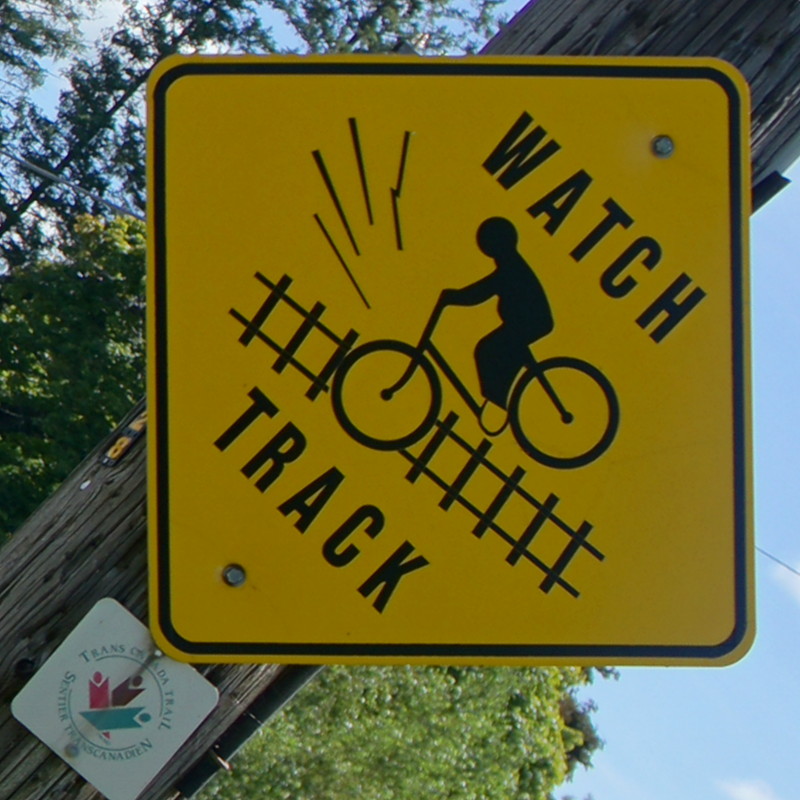 Poor Mr. Stickman. He’s out for his first (and likely only) spin around the block this year, just trying to work off his winter fifteen and disaster strikes! I’m not even going to try to figure out what happened to his feet. 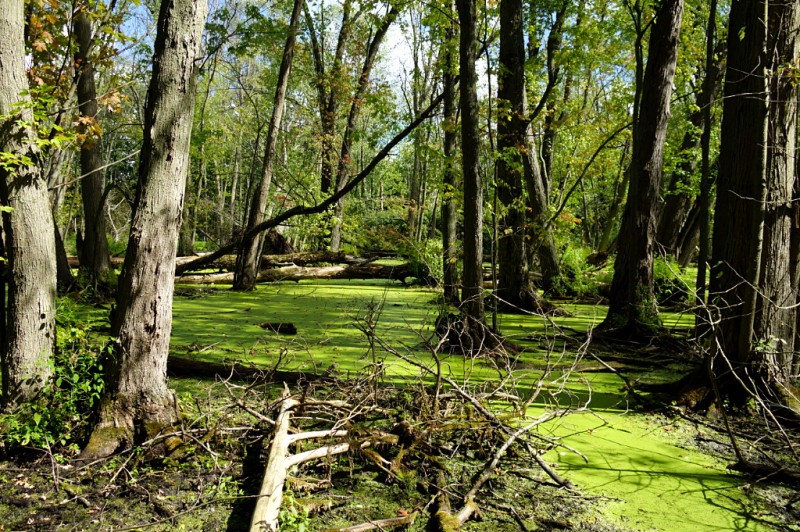