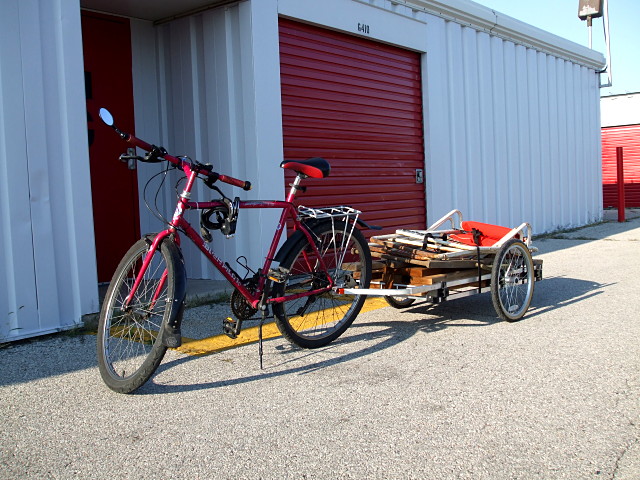 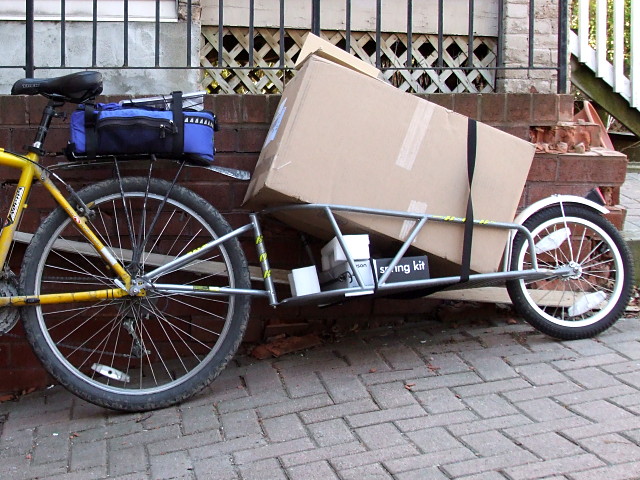 A lot of people think that you need a car to carry big packages and are surprised at how practical bikes can be for pulling heavy loads. Whenever I’m pulling something in my trailer, someone along the way will ask me questions about it or commend me for being innovative/brave/green/crazy. In truth, I’m just too lazy to use the car.

I think that every city cyclist should have a bike trailer of some description. Trailers make bikes so much more functional for running errands and hauling gear that I don’t know how I lived without mine. I’m currently looking at options for a flatbed cargo trailer that will be even more versatile for use in the city.

Last week’s cargo was a new vacuum cleaner and accessories. Total weight was about 35 lb, a pretty small load compared to some of my previous hauls. The big box was a little too large to sit flat in the trailer, but it was easily secured with an adjustable bungee cord. Distance travelled with the load was about 4 km, mostly uphill.

Oh, and yes, Dyson vacuums really do suck like nothing you’ve ever seen. Highly recommended. 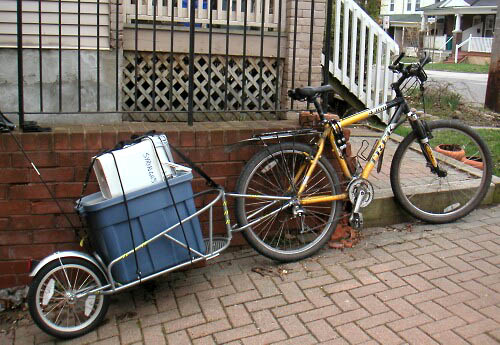