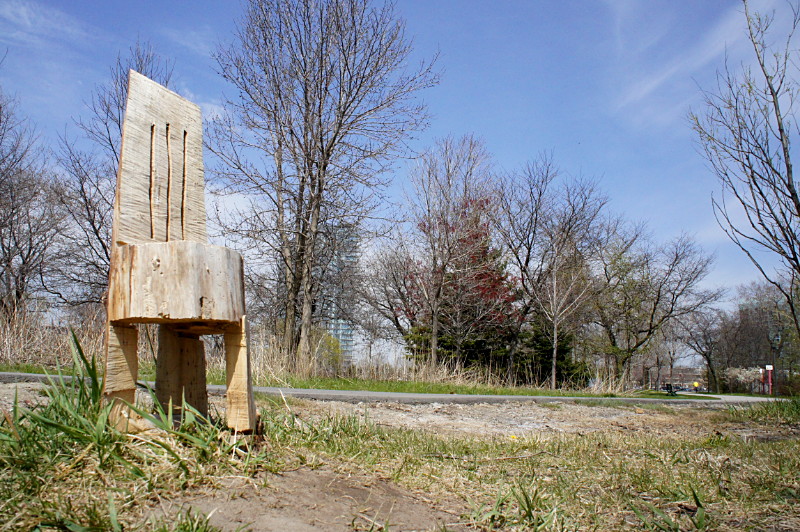 Someone carved this tree stump into a fabulous chair near the Humber pedestrian bridge. The style should be familiar to anyone who’s seen a lumberjack show but is all the more impressive because it was carved in situ and is still attached to the stump. It’s also only about 18 inches high: 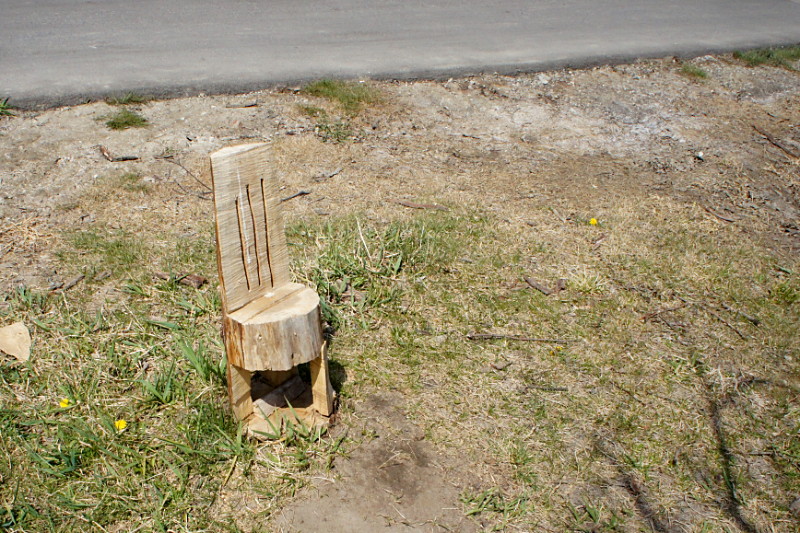 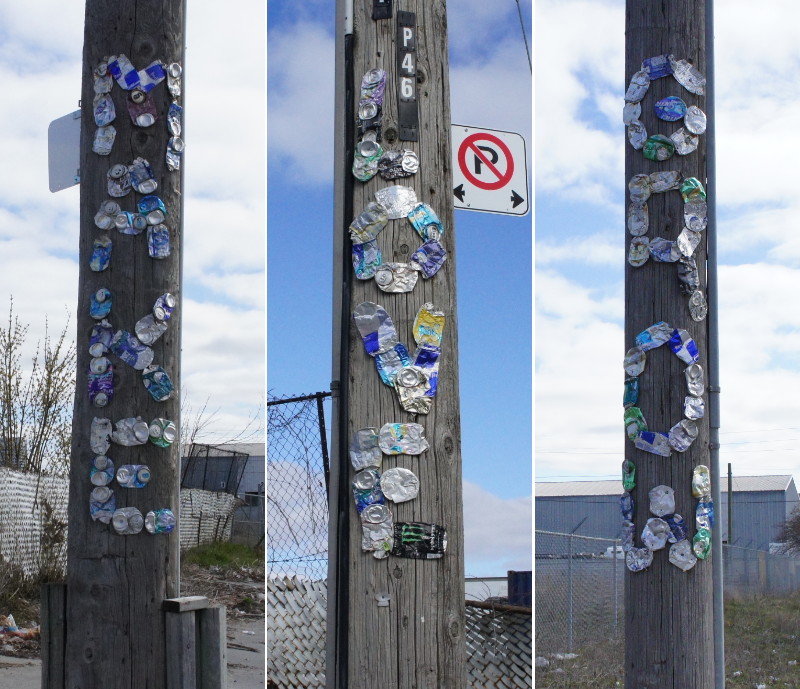 On Commercial Road near Industrial Street in Leaside, a message in crushed energy drink and pop cans graces three utility poles. The sentiment works whether you read it as three separate instructions or just one. 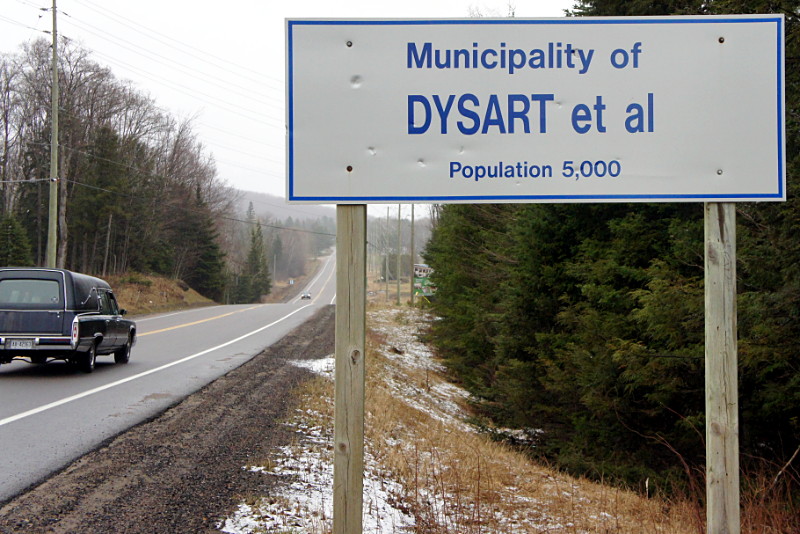 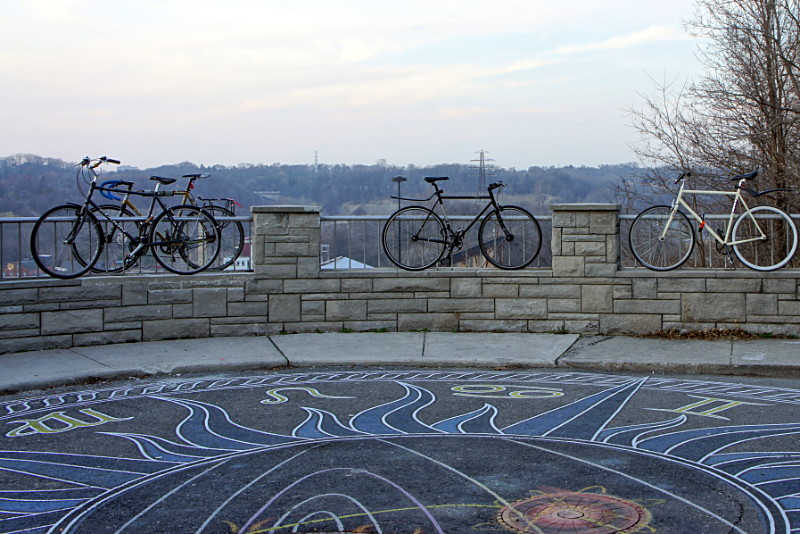 There’s no official bike parking at the Chester Hill Lookout, but that didn’t prevent some teenagers from locking up before heading down the trail into the Don Valley on the last evening of March Break.

Back in my day, going to the lookout to “park” meant something else entirely. 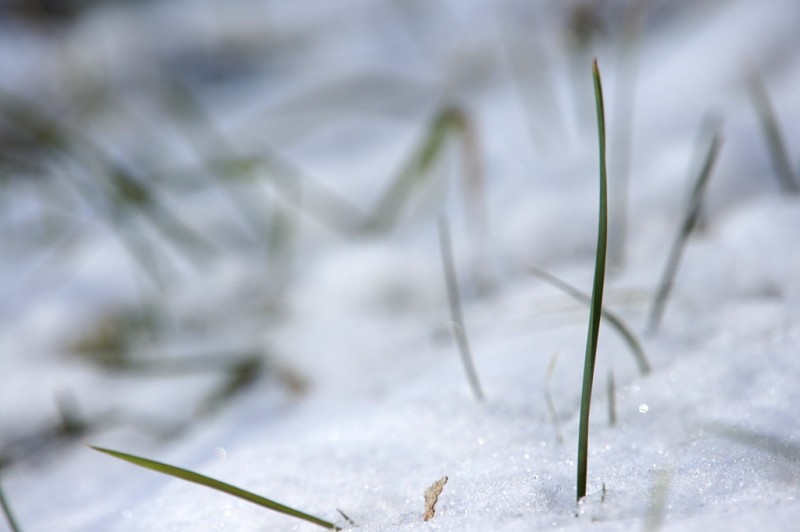 There really wasn’t much of a winter this year but there were a few opportunities to get out and take pictures of scenes that weren’t relentlessly brown. Here’s a gallery containing a few of the things I saw this winter that didn’t quite make it into posts of their own for one reason or another.

END_OF_DOCUMENT_TOKEN_TO_BE_REPLACED 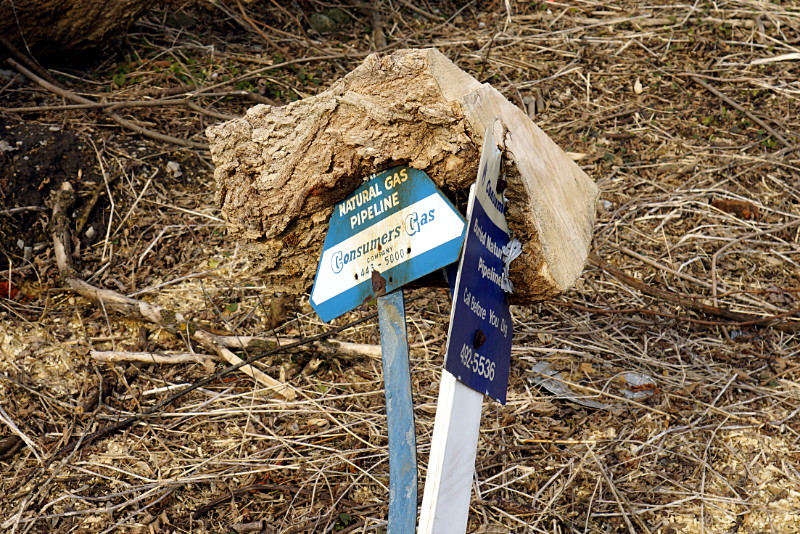 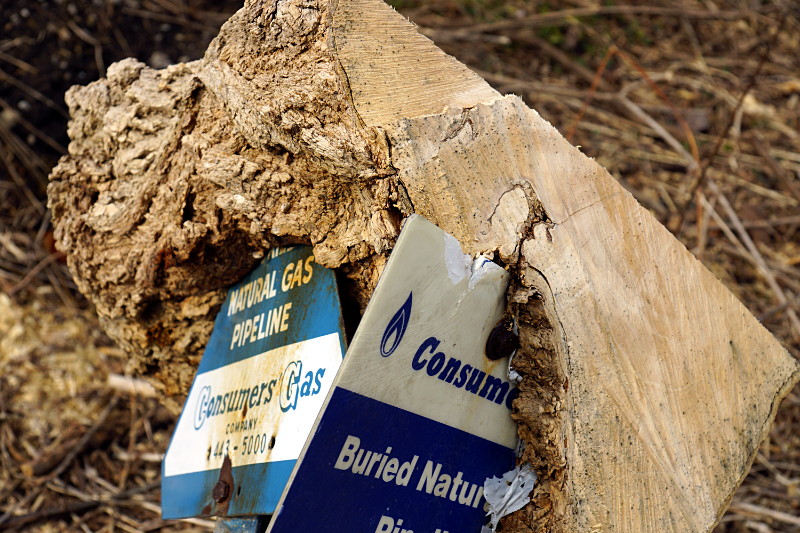 These signs were being eaten by a tree until a crew came along a few months ago and chopped the tree down while clearing and marking a path above the pipeline. It looks like they couldn’t extricate the signs from the tree and chose instead to work around the obstruction, leaving a chunk of the tree still enveloping the signs. 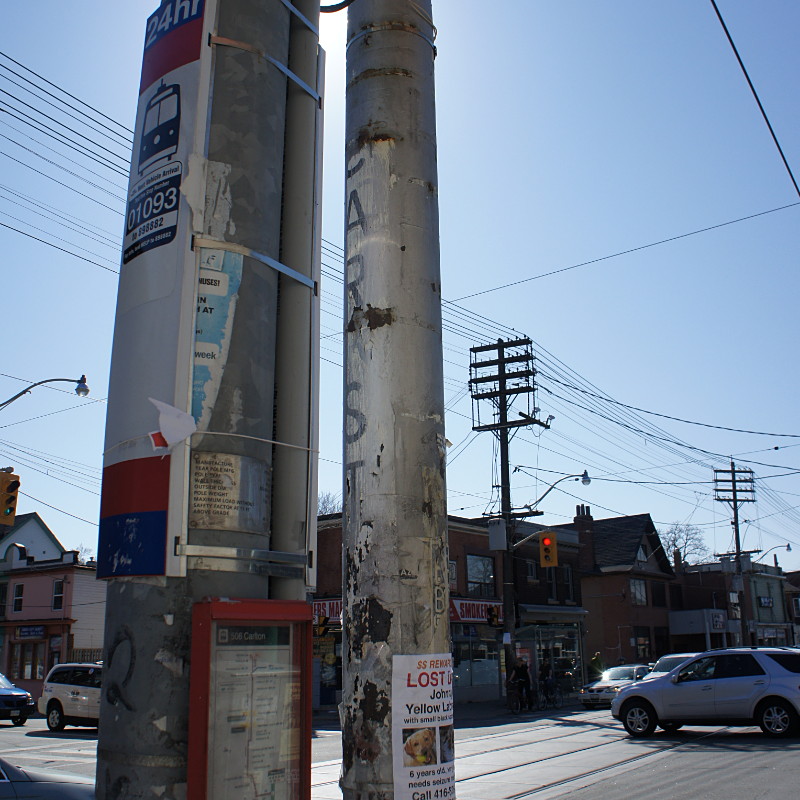 Here’s another TTC ghost sign, this one on the northeast corner of Gerrard Street at Jones Avenue. The east face, above, is hard to miss. The west face is much more faded but the “AR S” of “CAR STOP” is still barely visible. In the photo of the west face below, you can see the bright white rectangle of the original sign as well as very faint outlines of the “R” and “S” just above and below the big rust patch in the middle of the post: 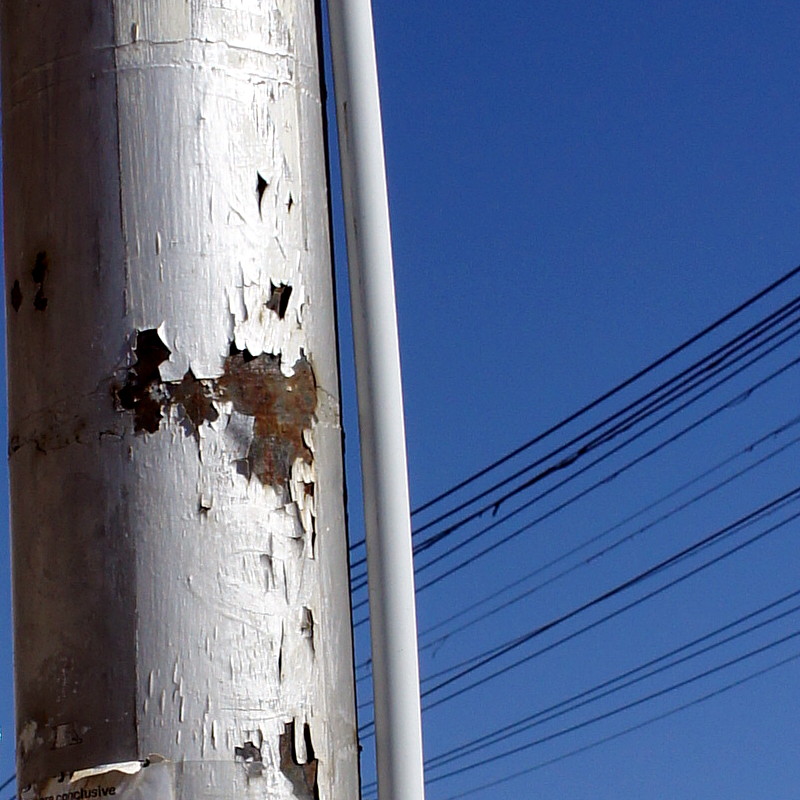 A little farther east on Gerrard there’s also a ghost Sunday stop, but it’s only visible as an area of faded yellow paint on a utility pole with no discernible lettering. 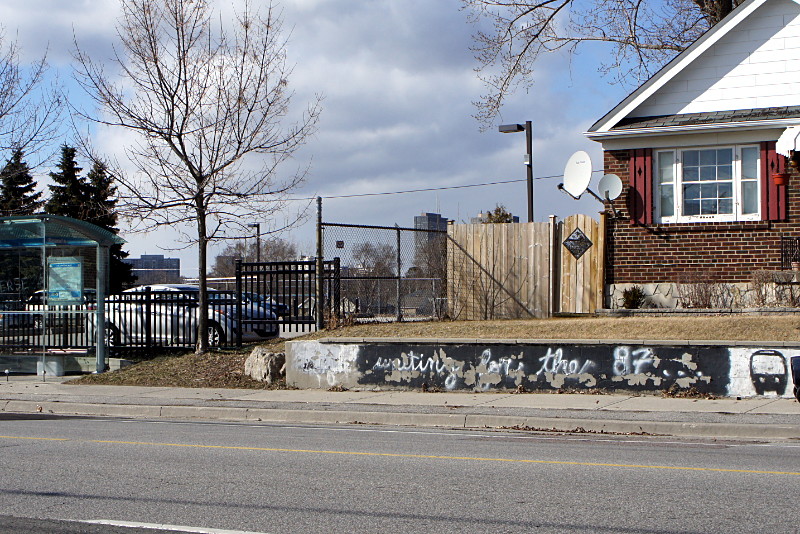 This graffito at a Cosburn 87 bus stop has been flaking off for quite a while now. Whether it was authorized or just tolerated by the homeowner, it’s a simple yet fabulous site-specific artwork. 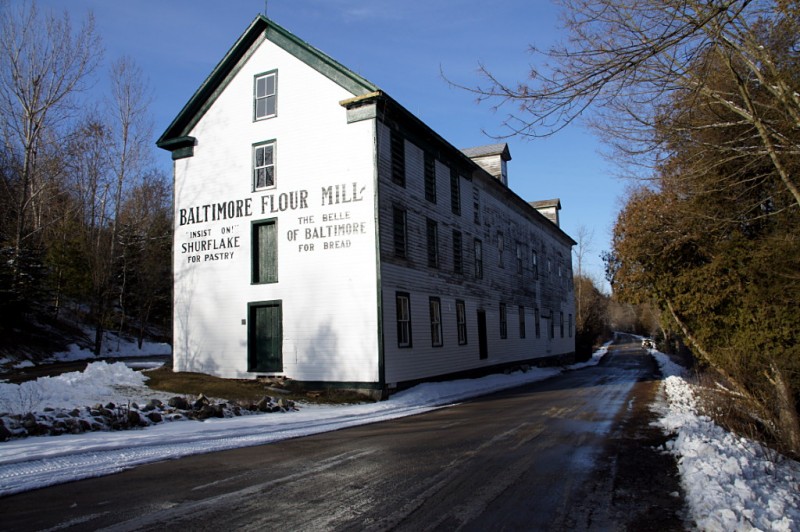 Ball’s Mill graces the Hamlet of Baltimore north of Cobourg. Although the exterior has been restored and is largely in good condition, the inside is crammed full of junk and looks pretty rough through the windows.

Behind the mill, a portion of the exterior has been left unrestored to show the original condition: 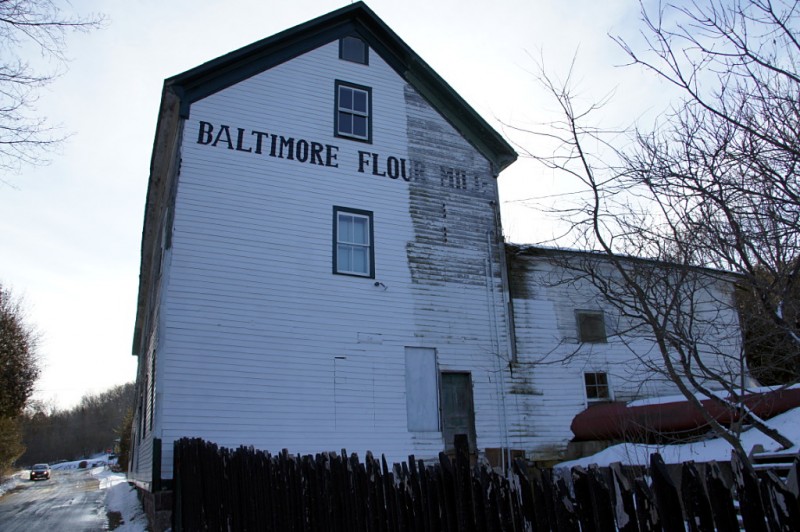 Apparently, the mill was run by a 19th-century Russell Oliver: 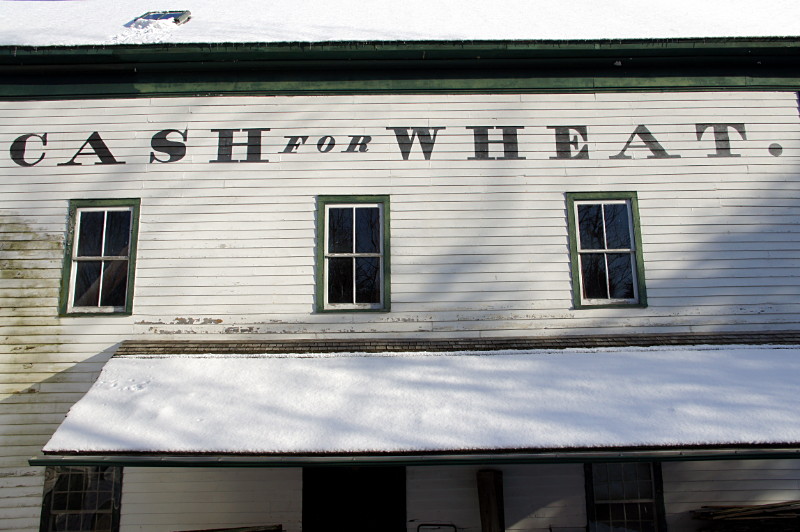 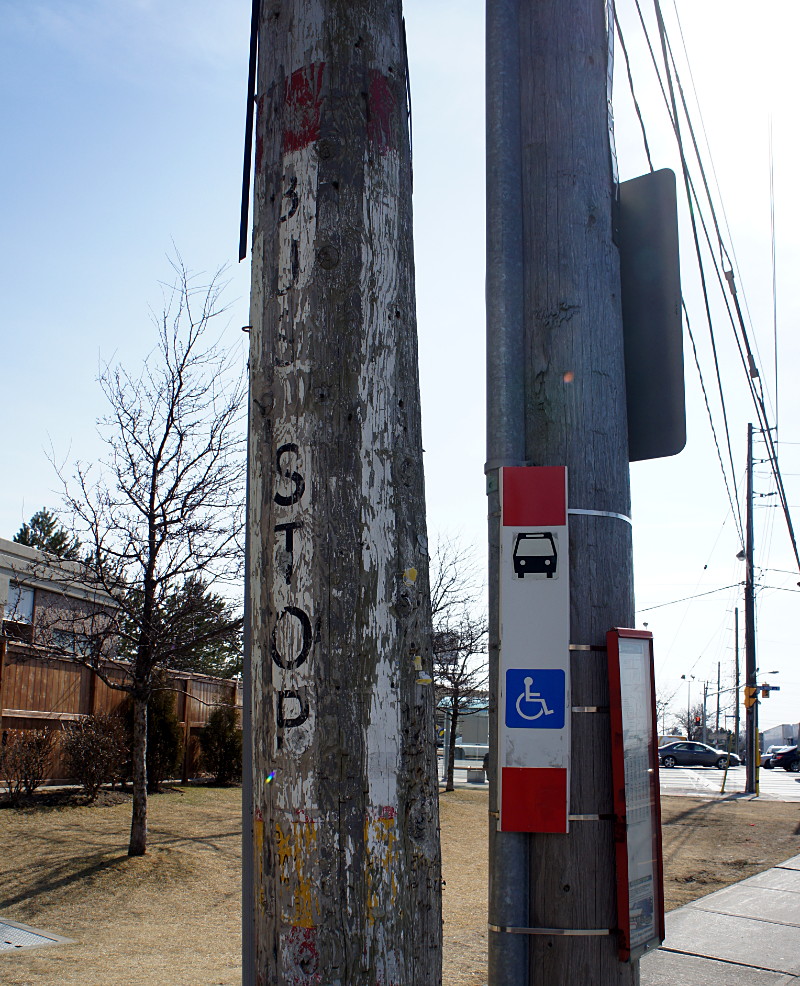 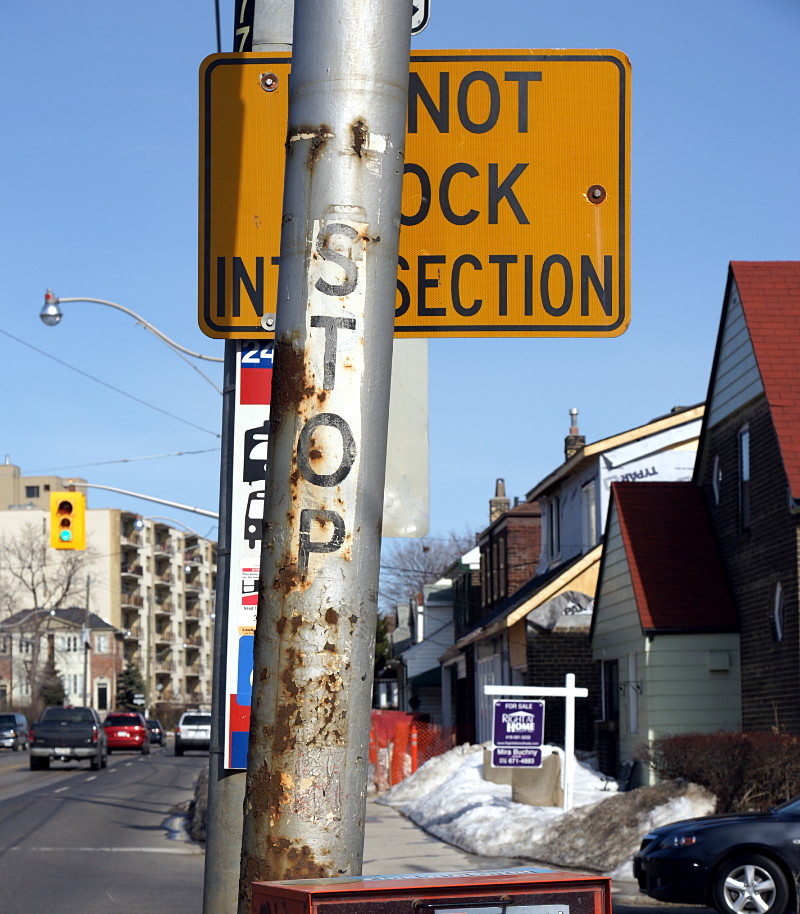 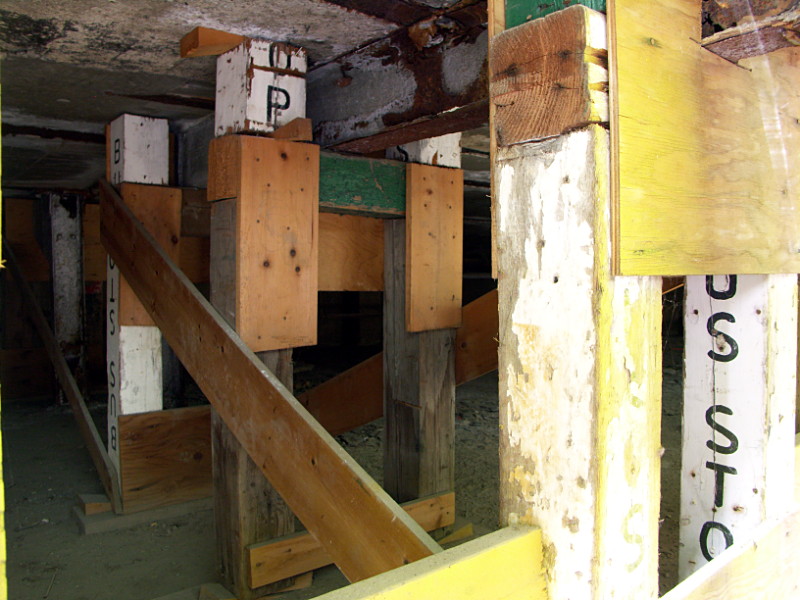